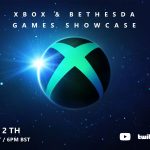 There is a wealth of new game reveals and details that have been announced during today’s Xbox and Bethesda Game Showcase. Among the announcements comes three Persona games coming to Xbox and Xbox Game Pass.

Starting with Persona 5 Royal on October 21st, 2022, Persona 3 Portable, and Persona 4 Golden will be coming to the platform over the next year.

Persona 3 Portable is a PSP exclusive re-release of the 2007 Persona 3. The game uses 2D sprites and environments. The game was originally released on the PlayStation Portable in 2019 and remains one of the most expensive PlayStation games in the retro market. Bringing the game to modern consoles will be a major shift in making the game available to a mass audience.

Persona 4 Golden is widely considered to be one of the greatest JRPGs of all time. For many years the game was locked away as a PlayStation Vita exclusive. That was until 2020 when Persona 4 Golden was re-released for Steam. The game is a 3D turn-based JRPG with visuals designed for a mobile platform. Its inclusion in Xbox Game Pass brings this coveted title to consoles for the first time ever.

Persona 5 Royal is a re-release of Persona 5 with extra content to the main story. Much like P4G, P5 is considered to be one of the greatest JRPGs of all time. Persona 5 is the first modern release of the Persona games. It is a 120-hour JRPG without the Royal Expansion. It is a must-play for any JRPG fan with its iconic music and story.