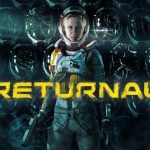 You are reading
Surviving Returnal – 5 Crucial Tips For First-Timers

Returnal is one of PlayStation’s best exclusives and is playable at no cost if you are a PS+ Extra subscriber. There are plenty of great games on the service, but this game offers an experience like no other. Housemarque has created one of the most challenging and satisfying titles for the PlayStation 5 to date.

Due to its difficulty, it took me a while to find my footing with this game, but I persevered. Returnal is a challenging, exhilarating (albeit frustrating) roguelite shooter. With 79 hours of combined playtime, the campaign and Ascension DLC kept pulling me back for more.

After spending a lot of time with the game, I found some simple strategies to help me beat it. Here are 5 crucial tips to help get familiarized with the game, its mechanics, and its difficulty. 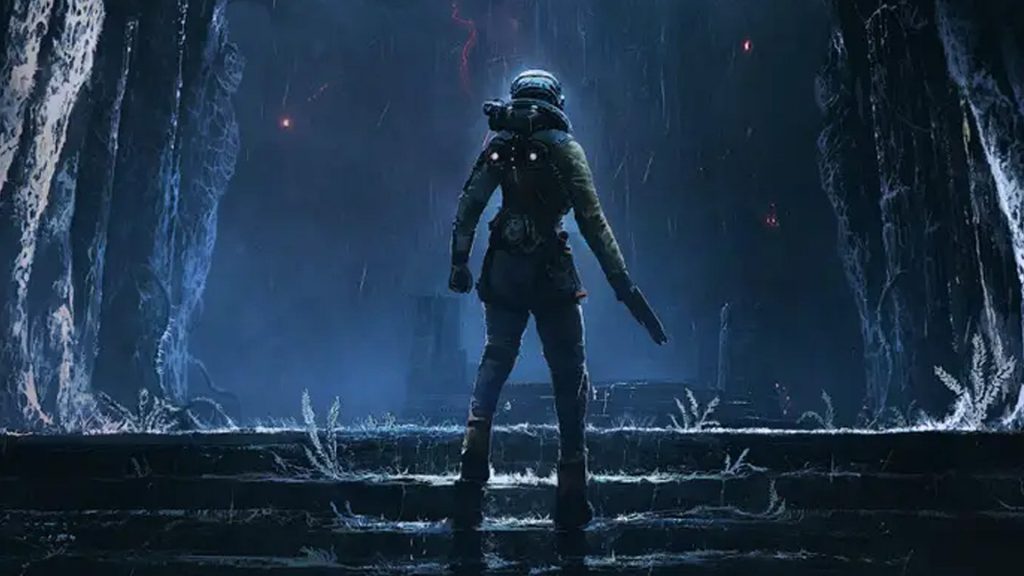 Returnal’s roguelite elements provide an unpredictable gameplay loop. The maps and stages within the 6 biomes change after every death. This will cause the player to play each cycle differently, but some upgrades will be permanent after death. Also, the RNG (more on that here, courtesy of How-To Geek) allows for a random assortment of items, rooms, upgrades, and weapons.

Although the RNG may seem unusual, it can be advantageous once you become familiar with the various rooms and enemy types. Returnal was my first experience with roguelite elements, and I died a lot. Each death was a learning experience, helping me realize what upgrades and weapons I needed the most to progress further.

Also, dying was the only way to fix my previous mistakes. I often had low health, no consumables, or weak weapons. Be sure to search as many rooms as possible for obilites, consumables, weapons and power-ups to aid you in each cycle.

Tip #2: Take Advantage of The DualSense. 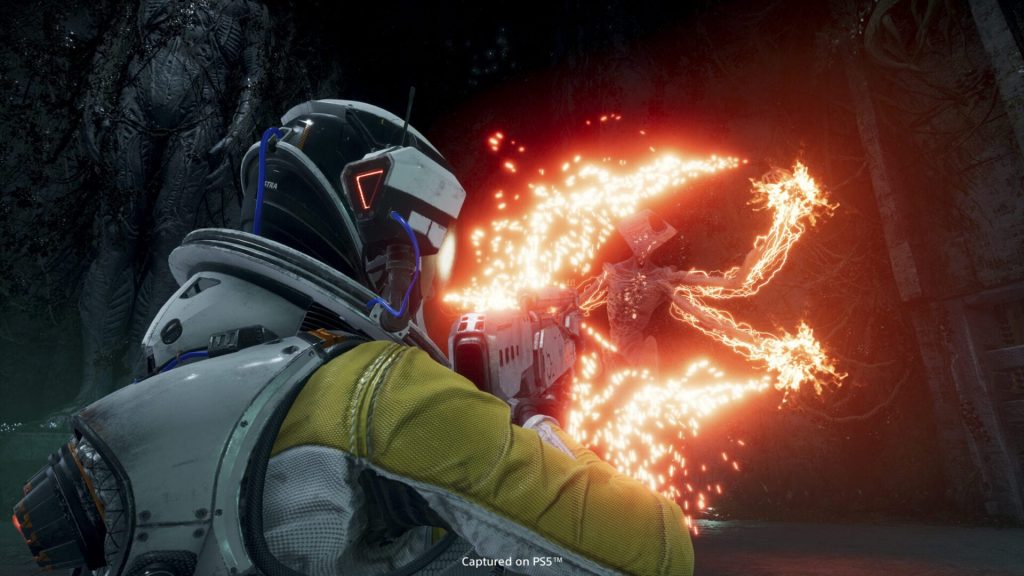 The DualSense controller offers some great features to enhance Returnal’s gameplay. The game has some of the best use of the DualSense thus far. Its haptics are subtle yet effective. Small vibrations amplify weather effects, item acquisition, and damage taken. Movement is excellent. But, the adaptive triggers and speaker helped me the most during combat. Your alternate firing mode is great for taking down enemies faster. Interestingly, a full press on L2 triggers a recharge sound.

This lets the player know whether the alt-firing mode has recharged. I found it helpful to pull the trigger even when I had already used my alt-fire method.  Also, when low on health, the controller speaker lets out a blistering shock. This was a great warning, especially during intense combat situations. 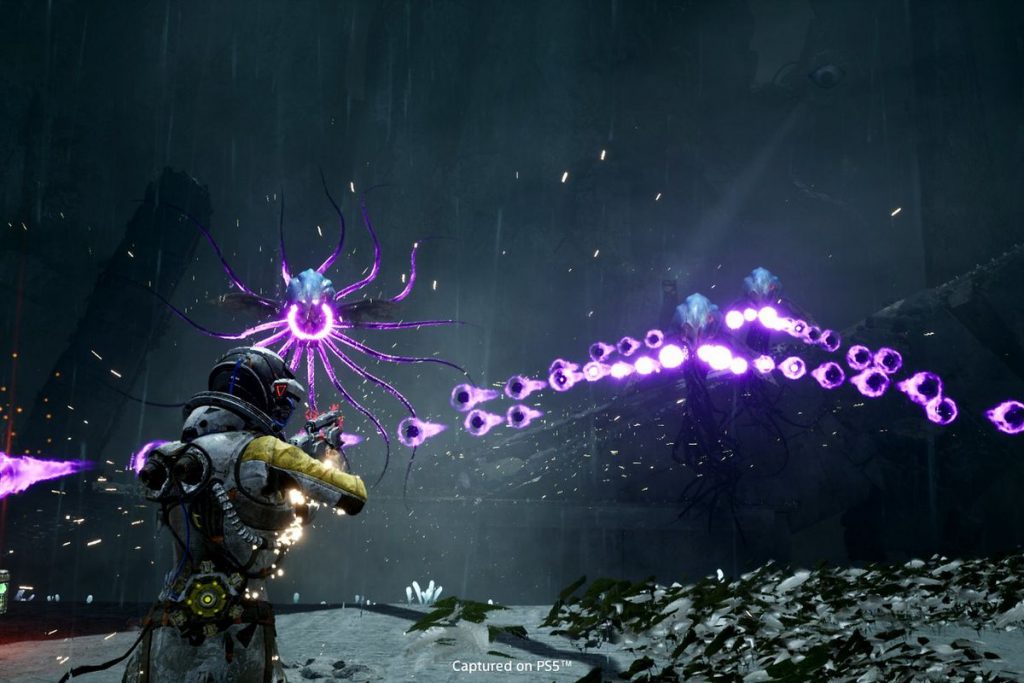 Movement in Returnal is vital. Every dash, jump, and sprint helps you escape tough situations. Be sure to take caution of enemy-launched projectiles. Understanding the type (based on color) and direction (vertical or lateral) in which they move is critical to staying alive.

The dash ability is most effective when trying to escape enemies and their attacks. You can also dash through certain projectile types without taking damage. Dashing and jumping in tandem are also helpful, especially when trying to dodge incoming attacks from many directions. Remember – constant movement is better than standing still during combat. 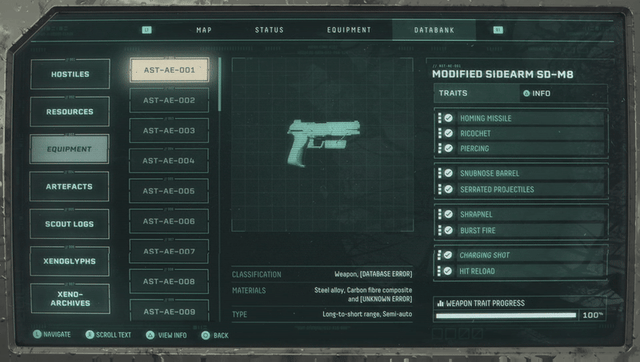 Returnal has a variety of 10 medium and close-range weapons. The Tachyomatic Carbine has a high fire rate and great range, but deals only a moderate amount of damage. By comparison, the Spitmaw Blaster packs a punch. But in exchange for high power, it has a low fire rate, small magazine, and short range.

11 different alt-firing modes can be used to take down enemies. Some are great for crowd control, while others can severely damage a heavy enemy. The Voidbeam, my personal favorite, is a one-shot laser that obliterates any foe in its path.

Weapons also have un-lockable traits. Earn them by picking up calibrators. These items increase weapon proficiency for all weapon types. Other traits include explosive rounds, serrated projectiles, mini turrets, and leech rounds that repair health on successful hits. The high-caliber rounds for the Tachyomatic Carbine were my favorite trait of all. Use the Carbine with high-caliber rounds and the Voidbeam, and you’ll have no problem defeating enemies quickly.

Tip #5: Use Your Melee Attack And Grapple Hook! 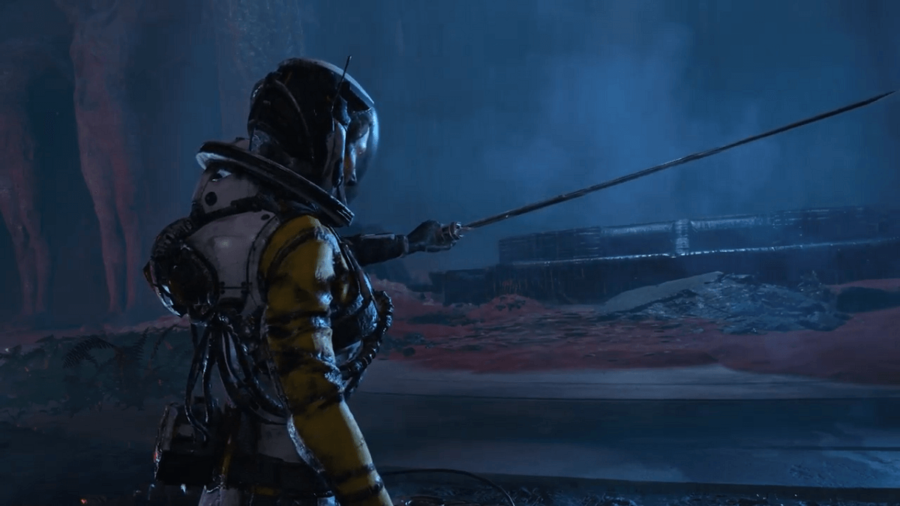 The Atropian Blade is arguably the most reliable weapon in the game. This melee weapon can kill many enemies in one hit and knock down barriers that block upgrades. Using your gun and melee weapon in quick sequence will also kill enemies faster.

The Icarian Grapel is excellent for reaching different vantage points to attack enemies, while also having invulnerability during mid-grapple. Grappling is crucial to escaping projectiles and attacks. When overwhelmed by many enemies in one area, this piece of equipment can save your life. Take advantage of areas with many grapple points to increase your odds of survival.

When playing Returnal for the first few cycles, I lost my patience. Dying so quickly after starting each run made it seem like I wasn’t making any progress. I had to strategize and take time to get the health, upgrades, and weapons needed to eliminate every boss. Changing up my strategies paid off, and the experience was gratifying.

It’s a game that requires skill from the player to reach the finish line. Every mistake I made was my fault, and I knew that was the game’s way of telling me to keep moving, no matter how many deaths. Even with all that frustration, Returnal’s gameplay loop was so addictive that I always returned for more. The intriguing and mysterious story was also worth finishing to the end.

Returnal is challenging, but it’s one of PlayStation 5’s best games. It has some of the tightest gameplay mechanics I’ve ever experienced. And with its fast loading times, not a minute of gameplay was wasted. It’s worth playing from start to finish, regardless of its many obstacles. It just takes practice, trial, and error.

Exploration is also a big part of the game. There are plenty of secrets and strategies to discover in the dangerous world of Atropos, but I don’t want to spoil too much. Not knowing is half the fun.

What do you think of Returnal’s difficulty? Did you find any of these tips helpful? Let us know in the comments below. For more tips on how to beat Returnal, keep it right here at Lords of Gaming.