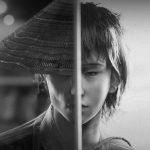 You are reading
Love, Duty, or Fury: Choice and Human Existence in Trek to Yomi

Trek to Yomi made me feel like the protagonist in an old-school samurai flick. The camera angles and environmental sounds focused my attention on the creators’ intentions. I expect such immersion from a film but I had not expected it from a small-scale 2.5D game. I enjoyed participating in the story by simultaneously controlling Hiroki and following his journey from a third-person perspective.

Having to Choose in Trek to Yomi 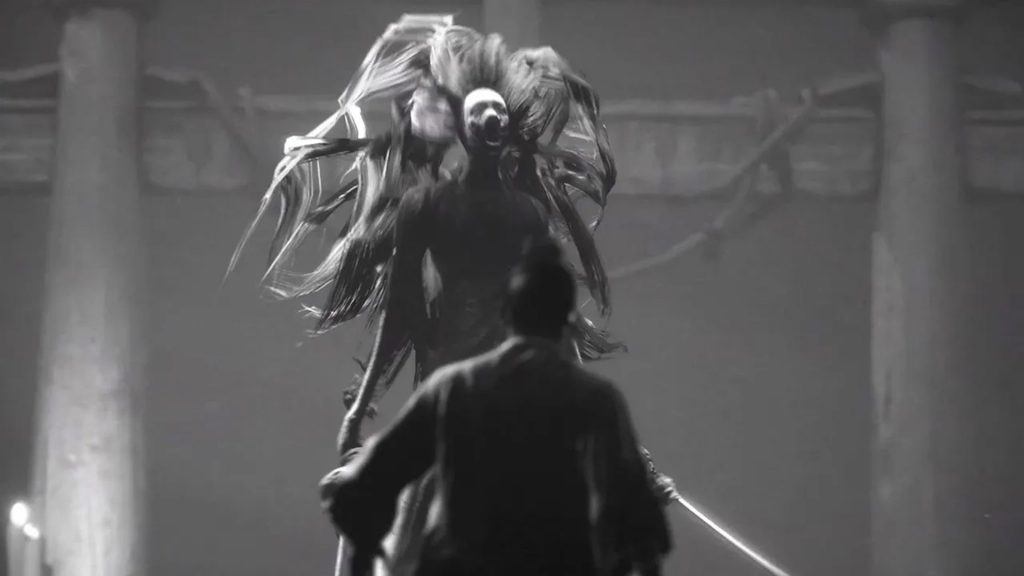 The surprise came when I had to choose how Hiroki would proceed through the story. Would he be driven by love for a past liaison? His duty as defined by training? Or intense fury towards one who has caused harm to many. In the first few chapters, I had to make choices about weapons, collectibles, and other gameplay variations. However, deciding the guiding principle for the rest of Hiroki’s journey felt more challenging. I did not know how these decisions would influence the rest of the game. Yet, I wanted to carefully select a path that would make sense for both Hiroki and me.

Some questions came to mind: Should I decide between love, duty, and fury based on my personal viewpoint or Hiroki’s? Do I try to anticipate what the developers want me to do? Does it make sense to select a pathway based on what I think will create a better story? What do my choices reveal about the type of existence to which Hiroki/I aspire?

Deciding on a Path 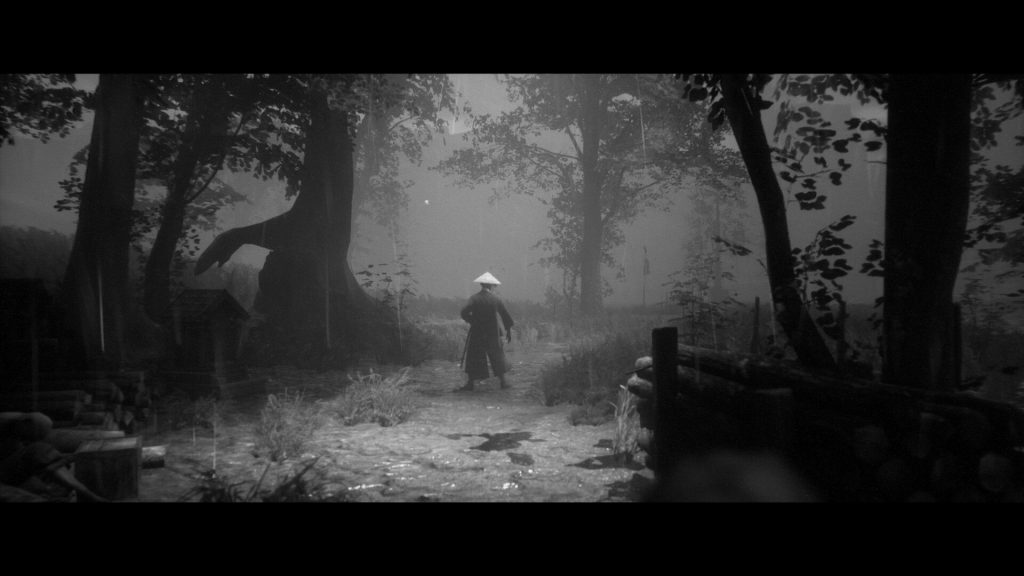 In 1993, I took a break from university after my second year to work and live on my own. During that time, I had to make decisions that were not guided by my family’s beliefs, perspectives, or customs. This was new and strange. It was the kind of freedom that I wanted since I was a child but it felt very shaky. It was great being able to determine the course of my life. Nevertheless, I also had to accept the consequences of my choices.

Do I return to the career track that had incredible earning potential? Should I study something that actually interested me? Do I live by the religious ideals instilled in me by my family? Could I live according to my own sense of right and wrong? If I continued to distance myself from so-called friends, would I regret it later?

I decided to transfer to a new university and study philosophy instead of engineering. Practically everyone thought this was a mistake. However, I enjoyed exploring questions about reality, knowledge, beauty, and ethics. There was one course that gave me incredible perspective on the impact of my choices on my life: Existentialism. 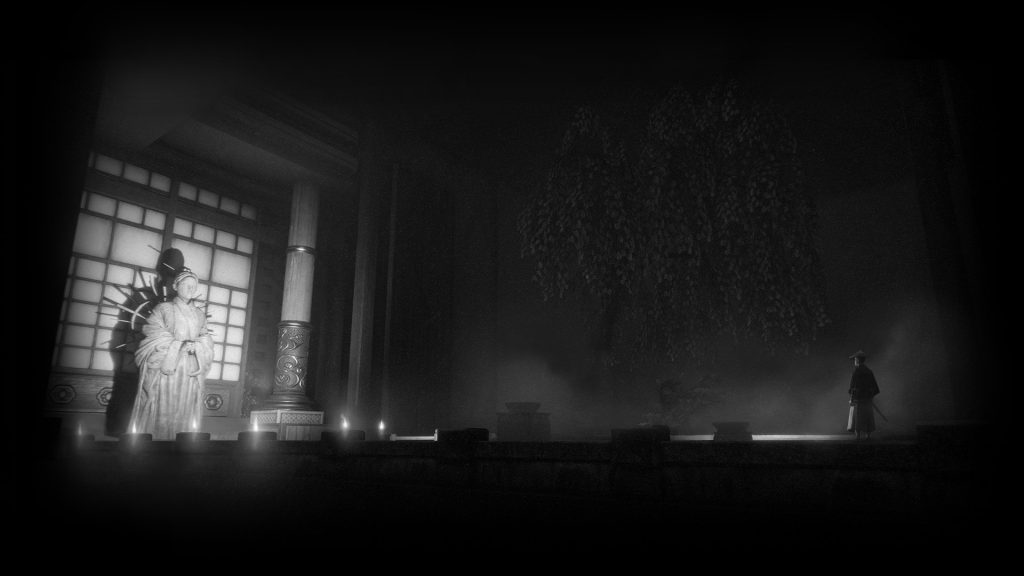 Existentialism is an early-20th century European philosophical approach to human existence and life decisions. Existentialists recognized that life does not come with a manual that tells us how everything works. Philosophy uses reason to make sense of the world. Existentialism applies reason to understanding existence. Different philosophers focus on authenticity, faith, free will, and other factors.

One very popular Existentialist approach specifies that humans are not obligated to abide by imposed rules. We are free to make decisions based on our specific situation. We define our existence through our individual choices. Most importantly, we are negligent if we do not exercise our liberty to lead an authentic existence. This means an existence that is chosen by the individual with consideration of her/his circumstances.

I felt very empowered by Existentialism. I had recently made decisions about career, life, and relationships that many people said were wrong. With this in mind, I accepted that my existence was mine to create as I see fit. Existentialism does not necessarily make life decisions easier. However, it provides a rational framework for helping each individual to create a singularly meaningful existence.

Trying to Walk in Someone Else’s Shoes

While Existentialism helped me to make sense of my life choices, I am not sure that this would make sense for Hiroki. Without knowing the facts of his situation, how can I make a decision that would be authentic for him? I am familiar with Japanese philosophy, religion, and martial arts. That said, I have no direct knowledge of what it is like to live in Japan or under the conditions of the Edo period (1603 to 1868).

During this time, the leading religions were Buddhism (from India), Confucianism (from China), and Shintoism (indigenous to Japan). These ideologies influenced art, philosophy, politics, and the way of the samurai. Buddhism, Confucianism, and Shintoism respectively focus on mind, community, and nature. This set of belief systems would certainly influence Hiroki in different ways. Surely, he would not make life decisions without prioritizing obligations to teachers, compatriots, and loved ones. Accountability to others would be valued much more highly by someone from 18th century Japan than someone in 21st century Europe. Compared to Japanese and other Eastern cultures, Westerners tend to be comparably egocentric. Hiroki would not have heard of Existentialism but I feel confident that he would look down on this approach to existence.

Trek to Yomi placed me in the role of Hiroki long before critical decisions have to be made. It offered me glimpses of some lessons that were instilled in Hiroki from a young age. I saw what Hiroki lost when his village was attacked and everyone was brutally murdered. I could empathize with Hiroki and his situation. Regardless, I could only speculate how he would make a major life choice.

Reflecting on Process in Trek to Yomi 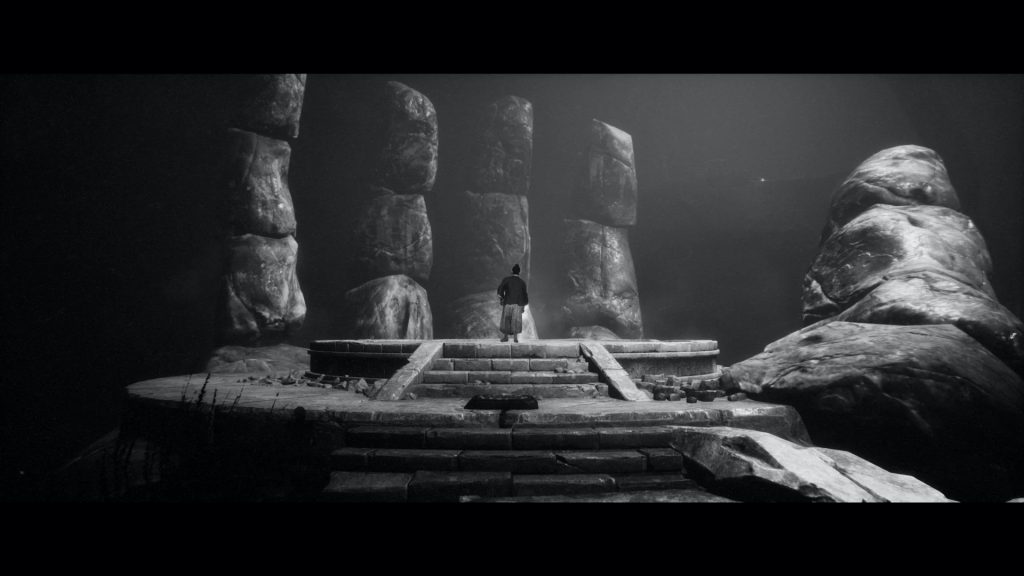 In the end, I made the decision that I believed that I would make if I were Hiroki. The consequences of my choice seemed reducible to two factors. On one hand, there is an experience that the developers wanted to convey by placing me in the role of Hiroki. On the other, there are the unique impressions, thoughts, and feelings of the individual player. The developers offered players the chance to see themselves as Hiroki and resolve this story based on choices that seemed logical, justifiable, or otherwise engaging.

Like all art, meaning in video games lies at the intersection of developers’ intentions behind their creations and the players’ beliefs, judgments, and opinions. Unlike other media, video games offer the observer ways to contribute to an artwork. For me, Trek to Yomi had an existential twist. I cannot know if the developers wanted me to engage with the game in this way. However, they did not prohibit me from doing so or give me an incentive to do otherwise. Hiroki’s story could have been shared as a song, poem, film, or novel. Regardless, this would not have provided the chance to participate in the creation of the narrative experience.

Video games are incredible because they allow us to play with ideas from different perspectives and observe outcomes that can help us to examine our own thinking in varying ways. Trek to Yomi pushed me to evaluate the role of choice in our interactions with video games. To reflect on how choice and freedom operate in the game and in life. To think about the criteria for our decisions and how they might define our identity and our expectations for a worthwhile existence.