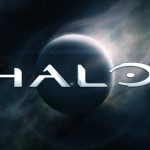 The video game industry is constantly shifting and changing. With many developers traversing between a variety of studios. This is even true with those in management roles as many go from project to project. This isn’t the case with 343 Industries Bonnie Ross, who has been the head of the studio since its founding in 2007. Now after 15 years with the team, Ross will be moving on from Halo and the studio.

In an official announcement from her Twitter account, Bonnie Ross revealed that she would be departing 343 Industries this week. Citing family medical issues as the reason for her quick departure, and that she had wanted to stay until the rollout of the upcoming Winter Update. It is sad to see one of the original creators of 343 Industries depart. While I myself have been critical of the state of Halo Infinite, and the studio’s ability to deliver on content for the game. I wish her the best in her future endeavors as she was a massive part of Halo since 2007, and the game would not be the same without her leadership and team.

What do you think of Ross’s departure from 343 Industries? Let us know in the comments and don’t forget to check back for the latest gaming news and information.