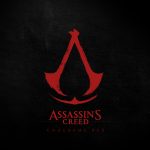 On Saturday, September 10th, Ubisoft held a digital showcase covering all of its upcoming and unannounced games. Among them comes a brand new title, Assassin’s Creed Codenamed Red. This game will release after the newly announced Assassin’s Creed Mirage.

Ubisoft considers this their “Flagship title” a large open-world RPG. Assassin’s Creed Codenamed Red will take place in feudal Japan, it will be helmed by the Assassin’s Creed Origins team.

At this time, that is all we know about the upcoming game. It seems that Ubisoft has a long roadmap of Assassin’s Creed titles coming.

Take a look at the exciting future for Assassin's Creed!