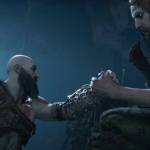 God of War Ragnarok is undoubtedly one of the biggest games set to be released this holiday. The highly anticipated sequel to God Of War (2018) was a special game for both PlayStation as a business and its fans. The series hit new heights for PlayStation after selling 20 million units since its release back in 2018. Fans fell in love with the franchise all over again, as the series was masterfully reimagined by Sony Santa Monica under the leadership of Cory Barlog. Now just over 4 years later we are less than 60 days from the release of God Of War Ragnarok with fans hungry for more information on the game.

The thirst to see more of Ragnarok was strong, I even found myself curious as to why Sony Santa Monica was so quiet in regards to the upcoming game. Then, PlayStation released a State Of Play earlier this week that highlighted a variety of unique Japanese titles. Then, to the surprise of many, God Of War Ragnarok was the “one last thing” of the State of Play broadcast. Not only was this a reveal that took many fans, myself included by surprise. I really have to tip my hat to the team at Sony Santa Monica, they absolutely know how to create a beautiful and intriguing trailer.

The Challenges Of Making A Trailer

Trailers are often something we take for granted in the gaming sphere but carry a lot of weight. People don’t remember an average trailer or something that looks “kind of cool”. There are either the epic ones or the ones that are so bad that people talk endlessly about how bad they were. Most developers will want to avoid the latter so how do you make an amazing trailer? There obviously isn’t a formula that creates an amazing trailer but there are some staples that will help a trailer stand out.

Music is a massive aspect of it. One of my favorite trailers of all time is the Gears Of War Xbox 360 trailer Mad World. Its excellent use of licensed music mixed with its dark imagery of hopelessness from the game was perfect. I can still remember this trailer vividly even 16 years later. The trailer was so iconic that when they released Gears Of War: The Ultimate Edition they remade the trailer from the ground up in homage to it.

What makes a bad trailer though? If your game is great it would seem almost impossible to have a bad trailer you would think. This is not the case as plenty of great games had very mediocre trailers.

Perhaps one of the biggest sins of most trailers is that they simply show too much of the game. How do you show too much of a game you might ask? Giving away key plot twists and points in order to draw fans in can make a trailer bad. Some amazing games have had incredible moments ruined because we saw them in trailers before launch. Imagine if you played Marvel’s Spider-Man and you didn’t know the Sinister Six were going to be revealed near the conclusion of the game? It seems like Sony Santa Monica has taken this into account with its State Of Play trailer as it almost nails every aspect of a memorable trailer.

Setting The Tone For God Of War Ragnarok

Ragnarok is an apocalyptic event within Norse mythology, with plenty of fire, ice, and brimstone to be had. Sony Santa Monica focused on more than just that though, within the trailer we saw a wide variety of different biomes that we will be exploring. From deep underwater worlds to the fires of Hel itself, the world feels incredibly expansive with a host of creatures that we only heard whispers of in the original title. The inclusion of a giant squid and mermaids hints at exploring underwater worlds, what could combat look like in those scenarios? Why are Kratos and Atreus exploring the deep dark waters? Even though the trailer overall had a dark tone, the world felt bright with color and filled with massive set pieces which have become a staple in God of War.

The variety was not only seen in the locales, but also within the beasts that Kratos and Atreus will be fighting. One of, perhaps the only, criticisms I had of God Of War (2018) was the lack of boss enemy variety. There were far too many trolls to be fought and destroyed within the main portion of the game. However, in Ragnarok, it appears there will be a wide variety of sub-bosses as well as, of course, the Norse gods themselves. While we only saw her for a brief second, Freya will undoubtedly play a major role in shaping the story due to the tragic death of Baldur at the hands of Kratos and Atreus. It is good to see the central theme of revenge is still alive and well in God Of War, even though it is not Kratos who is wielding this pain.

Music Of The Gods In God Of War Ragnarok

Music is often an underappreciated aspect of trailers and games overall. I think what often amplifies a great game to an incredible game is the music and how it delivers emotions. For example, Mick Gordon’s masterful metal soundtrack defined Doom (2016) and brought the classic FPS to the modern era. God Of War (2018) delivered a hard-hitting, Norse-influenced soundtrack masterfully designed by Bear McCreary. This was his break-out performance as previously he had worked on music for hit TV shows like Battlestar Galactica and The Walking Dead. His tonal understanding of Norse tones combined with framing emotional moments with sweeping orchestrated performances was a highlight. Now to hear his work again in this trailer, it feels like coming home to a warm cup of coffee after a long winter day. I haven’t been this excited for a soundtrack since the reveal trailer for Doom Eternal.

Teasing The Big Fights To Come

Perhaps one of the biggest cliffhangers in God Of War (2018) was after the death of Baldur and completing the main story. If you descend back to your humble shed where it all began, a cutscene would play teasing Thor, the God of Thunder in a black silhouette which then cut to darkness. This scene alone started a wide variety of fan theories from Kratos being bested by Thor and having to take control of Atreus to avenge his father’s death. Some theories even speculated if Kratos will best Thor and players will get to wield Mjolnir.

All of these theories are based solely on a cutscene and the fact that Baldur, who is often considered a weak god in Norse mythology, proved to be Kratos’s biggest challenge so far. This speaks volumes about how Sony Santa Monica has been able to build mystery into the story of God Of War. Frankly, mystery wasn’t something that existed in previous games. It was never a question of whether Kratos could defeat a god. It was in what gruesome way is Kratos going to defeat a god.

Now, in his old age and tiredness, the odds do not seem to be as stacked in his favor anymore, especially against such a powerful and intimidating foe as Thor. Because let’s face it, that is the fight everyone is itching to see right now.

The moment in the trailer when both Kratos and Thor throw their weapons at each other and they fuse together and then explode back into their owner’s hands is jaw-dropping. This is a fight that fans have been theorizing for 4 years, and to see it teased and then cut to black before we even see them clash is perfect. I could almost feel the Dualsense feedback in my hands when Mjolnir and the Leviathan Axe hit together.

This fight only represents a portion of what could possibly happen within God Of War Ragnarok. Will we fight Odin? What will fighting Freya be like? These are all questions that are fresh in our minds but ultimately we will have to wait until November 9th to know for certain.

While it may feel like an eternity away, we really don’t have that much time to wait until Ragnarok is upon us. Until then I will just keep replaying this trailer and continue to dissect little details of the world, characters, and what could possibly happen in the conclusion of this Norse tale.