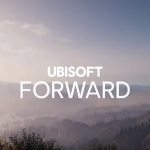 You are reading
Ubisoft Forward: Skull and Bones Gameplay Overview

On Saturday, September 10th, Ubisoft held a digital showcase covering all of its upcoming games. Among them comes a new look at Skull and Bones. A pirate action-adventure game based around the Assassin’s Creed Black Flag ship combat. Leading up to the game’s November 8th release date, the team walked the plank into a massive deep dive.

The new footage began with an update from the team within the insider program currently playing the game. Then developers broke down all of the game’s core mechanics. Finally, ending with a CGI trailer giving us a taste of the narrative.

Skull and Bones releases on Stadia, PC, Xbox, and PlayStation during an already crowded fall release calendar. It will be exciting to see where the title lands with fans of the Assassin’s Creed series along with fans of the new IP.