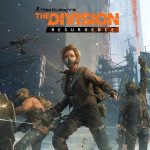 You are reading
Ubisoft Forward: Ubisoft Commits To More of The Division

On Saturday, September 10th, Ubisoft held a digital showcase covering all of its upcoming games. Among them comes a new look at content updates to The Division. Along with showing the new content, the team has committed to continuing the series for at least another year. Seasons 10 and 11 are already queued up. Yet after that, they promise a fifth year of updates on The Division

Tom Clancy’s The Division 2 launched in March of 2019. Following that the game received a number of content updates, along with current generation console releases. On  September 13, the 10th season will launch titled Price of Power. The update will be free and includes new gear, a new Manhunt, and new Targets.

Along with the new seasons comes The Division Resurangence: Offical Dark Zone and a developer update on the Heartland mode.