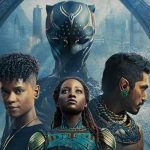 You are reading
Black Panther: Wakanda Forever Breaks Records at the Box Office

Marvel’s juggernaut continues to dominate the box office. Black Panther: Wakanda Forever had a massive opening weekend. This film had no issues taking over that top spot from Black Adam.

This past weekend, one movie opened during a time in which theaters are still struggling. This one movie broke multiple records. It was the 13th top opening of all time, the largest in November, and destroyed the competition. When I say destroyed competition, I mean it. Black Panther: Wakanda Forever was able to earn the entire theatrical run to this point of Black Adam in one weekend. That shows that Marvel has not lost its ability to dominate the marketplace.

While this movie didn’t top the original movies opening domestic total. It did have a healthy $181.3 million in its first weekend. Internationally this film grossed $150 million. Giving the first weekend worldwide a total of $331.6 million. This film will have no problems jumping to $500 million in the next two weeks. Once that happens, expect a drop in the number of people seeing this movie. Every large movie recently just can’t keep that same audience level. Even Top Gun: Maverick had issues keeping seats filled.

Don’t expect much resistance to that Marvel’s latest juggernaut this weekend. She Said and Thirteen Lives are the only two movies opening in many theaters. Just wait for the Thanksgiving holiday for a large number of movies to be released. Disney should do just fine as the year starts to wind down.