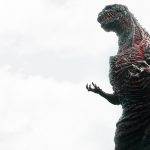 Fans have plenty of time to celebrate everyone’s favorite giant monsters. Today is Godzilla day and fans have something else to celebrate. A new movie has been announced and will be released next year.

Next year on Godzilla day in 2023 fans can expect a new Toho film. This news was announced over the official Twitter pages in English and Japanese. Fans don’t have much to go on right now. Nothing concrete has been released about the upcoming movie other than the director and release date.

Viewers looking to get into the world of Godzilla should check out the official youtube page. They have breakdowns of classic animated episodes as well as other videos. Also, take a minute to let us know what your favorite film is. Just leave a comment down below and bookmark Lordsofgaming.net for all your gaming and entertainment news.