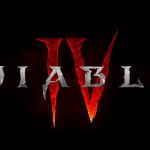 The Game Awards are back. A one-night-only celebration of all things gaming live from the Microsoft Theater in downtown Los Angeles. Today December 8th, the best games from the year will be recognized and a ton of game announcements are here. With that, we have a new look at Diablo 4. As well as the upcoming RPG’s release date for this summer.

All hell is going to break loose on June 6th, 2023. The latest trailer is a cinematic look at the game’s narrative. It should be noted June is going to be packed. Also at The Game Awards, it was announced that Street Fighter 6 will release in June as well as Final Fantasy XVI. Thankfully Activision will be giving fans a chance to play the game early with a pre-order Beta. Along with the news of cross-save and cross-progression. With that, check out the brand-new Diablo 4 trailer below.