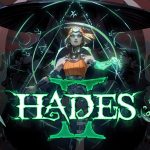 The Game Awards are back. A one-night-only celebration of all things gaming live from the Microsoft Theater in downtown Los Angeles. Today December 8th, the best games from the year will be recognized and a ton of game announcements will be made. With that, we have a look at Hades 2.

Hades 2 is the follow-up to the beloved 2018 rouge-like indie game. The team plans to launch in early access sometime soon with a brand new protagonist. You can check out the trailer here below.

From the Hades 2 Steam Page

The first-ever sequel from Supergiant Games builds on the best aspects of the original god-like rogue-like dungeon crawler in an all-new, action-packed, endlessly replayable experience rooted in the Underworld of Greek myth and its deep connections to the dawn of witchcraft.

BATTLE BEYOND THE UNDERWORLD
As the immortal Princess of the Underworld, you’ll explore a bigger, deeper mythic world, vanquishing the forces of the Titan of Time with the full might of Olympus behind you, in a sweeping story that continually unfolds through your every setback and accomplishment.

MASTER WITCHCRAFT AND DARK SORCERY
Infuse your legendary weapons of Night with ancient magick, so that none may stand in your way. Become stronger still with powerful Boons from more than a dozen Olympian gods, from Apollo to Zeus. There are nearly limitless ways to build your abilities.