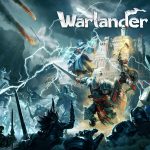 You are reading
First Impressions of Warlander

What happens when you take a MOBA and mix it with Chivalry 2–style siege combat and sprinkle some magic on top? Well, you get Warlander. Developed by Toylogic Inc, the game is a third-person action multiplayer game. It takes what’s great about SMITE and adds action-packed Medieval siege gameplay. Despite some technical shortcomings Warlander is a ton of fun and has plenty of content to unlock. Check out our full impressions below. 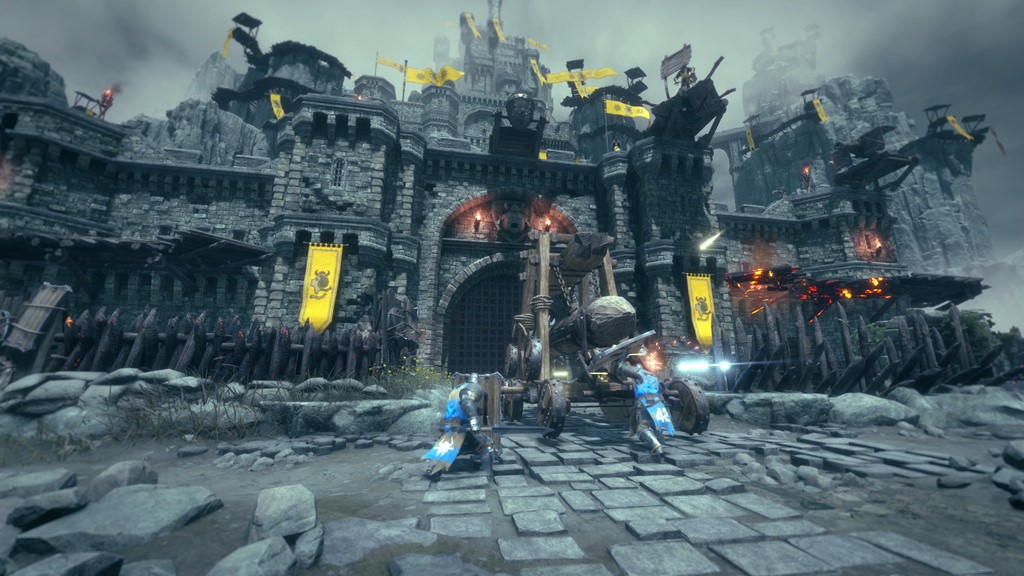 At its core, Warlanders is a MOBA game through and through. The game pits two teams between 40-100 players to capture as many towers or destroy their enemy’s core that is protected in a castle.

Castles are lined with layers of gates and walls for protection. Each section has plenty of siege weapons/equipment for players to use, both for the attackers and defenders. Players have to build the weapons first which prompts a fun and intuitive mini-game.

Essentially, you have to hit the center of a reticle, and the more centered you hit the faster you build. It was a neat feature that worked well. You can also reinforce weapons by building another layer on top of them.

My favorite was the fast-firing ballista, it was essentially a machine gun that would mow down attackers with ease. When it comes to storming a castle, the battering ram was always exciting to use. Especially when trying to survive bombardments from defenders. Some of my favorite moments were trying to reinforce the battering ram, while my teammates pushed it up toward the gate. It was exhilarating and captured the magic that is Warlander’s siege mechanics. 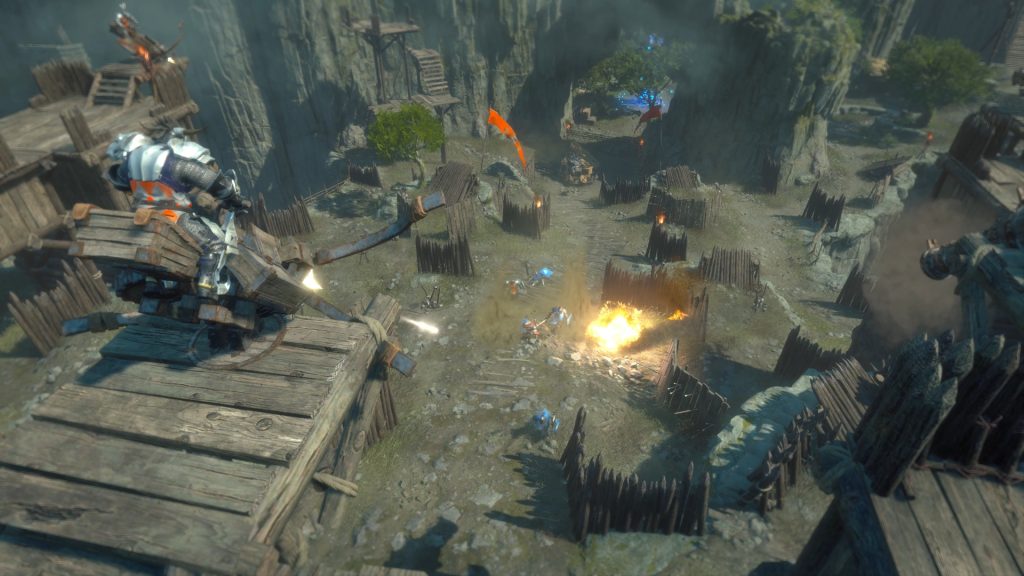 Like any MOBA, the game has three lanes and a few shortcuts between them to quickly switch if needed. Of course, players can warp between towers they’ve captured during gameplay or respawn at them. It’s a constant game of tug of war that will be familiar to any player who’s played any MOBA in the past decade.

Great Characters to Choose From 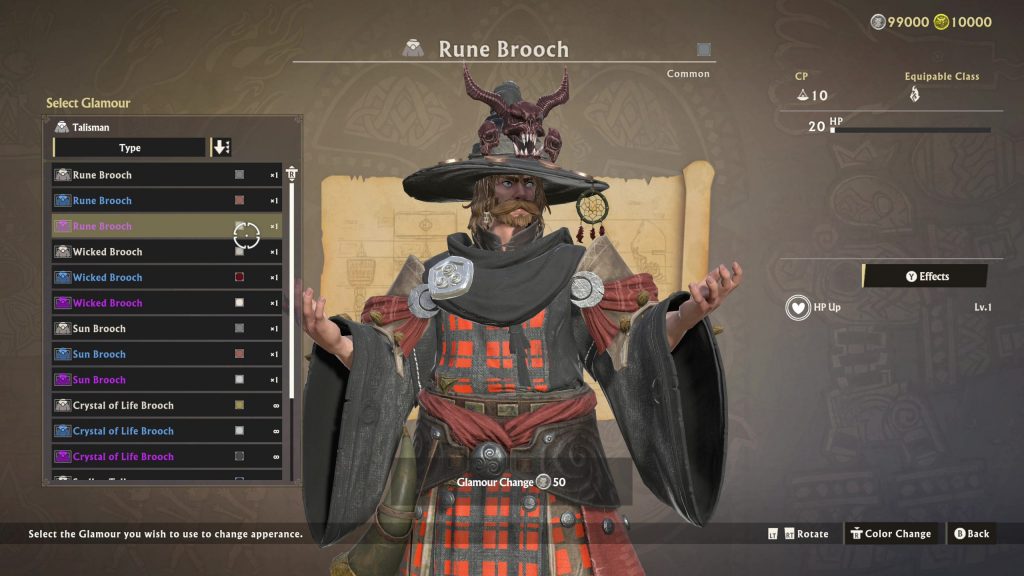 During the preview build, we sampled 3 classes: Warrior, Cleric, and Mage. The Cleric assumes the support role and is tasked with healing and providing boosts to other characters. While the other two classes are pretty self-explanatory.

Each had its own unique armor sets, weapons, and skills/spells to unlock. More on this later. Each character felt unique and of course, impacted the battlefield in different ways. My favorite was the Mage, as I would sit behind warriors and unleash magical hell on my enemies. That is if they didn’t sneak up behind me or unload their crossbows on me.

Simply put, Warlander combat is fun, engaging, and diverse. There are three aspects to combat: melee, ranged, and magic. Melee combat is fast, fluid, and can be frantic at times. There are different movesets that depend on your movement. In other words, attacks are different when say running vs sprinting. It felt similar to other soulslike titles except sped up and without a stamina bar.

There’s also a visual indicator that will help you land critical strikes if timed properly. Once you do pull it off, it is extremely satisfying but takes some time to master.

Ranged combat was also a blast. Warriors and Clerics have different ranged weapons to choose from. Each has its own unique fire rates and damage output. Best of all, the shooting mechanics were spot on. Very satisfying and felt appropriately weighted. You don’t have to worry about reloading in Warlander either, as weapons automatically replenish themselves. Just keep an eye on the reload meter.

Lastly, magic is wonderfully realized in Warlander. By default, Mages cannot carry weapons. Instead, they point their fingers like guns and shoot out some elemental bullets. It was kind of funny in a way but worked well. There are some heavy-hitting spells that players can equip their Mages with. This included whirlwinds and an ice spear. Each has its own cooldowns but were a lot of fun to use.

There are also a variety of support spells between the Cleric and Mage. Such as healing allies, providing a protective wall, and providing a burst of speed to allies. All in all, combat and magic are well-realized and fleshed out.

Now seeing the game is free to play there will be live service elements. There is a battle pass that obviously wasn’t available during the preview. In addition, there is also an in-game currency that players can purchase to deck out characters’ cosmetics. At this point, it is difficult to say whether their live service is fair for players, but in due time we will all find out. On another note, there is plenty to play for.

Player progression is guided by boatloads of unlocks, both cosmetic and gear/magic. Players will unlock different armor types and there are a ton of customization options for you to dabble in.  There’s even a rarity system in place that provides gear with special attributes. There will be plenty to keep you busy when jumping into Warlander. 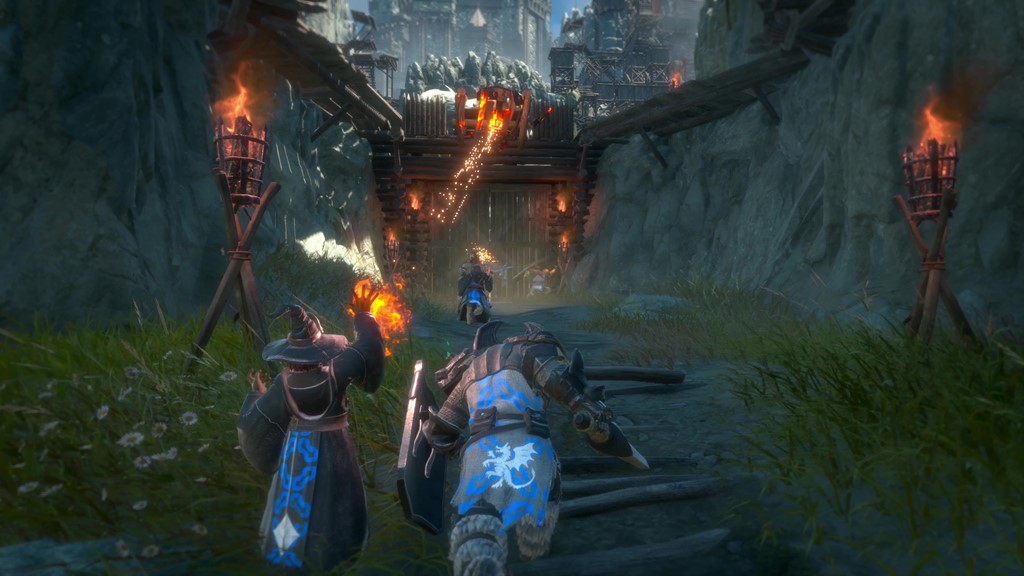 When it comes to the graphics department, Warlander is no slouch. The game elicits a similar art style found in Japanese-developed multiplayer games. Strangely enough, it reminded me a lot of the old FMVs from Final Fantasy IX.

There are plenty of special effects and particle effects flying around in the game. Fabrics on your character and banners sway as they should. Vegetation looks solid and overall it’s a pleasing aesthetic that is distinguishable enough to be picked out from a video game line-up, but not overdone as well.

By far the weakest aspect of the game was its performance. Now I don’t have the latest and great when it comes to PC specs, but I do have a respectful Radeon RX 5700 XT GPU coupled with the Ryzen 5 3600 CPU. Both aren’t slouches and met Warlander’s recommended system requirements but my rig was struggling to maintain 60 fps.

This was surprising because the game has some modest minimum system requirements of GTX 960/RX 560 GPUs and Intel Core i5-7400 @3.00 GHz / AMD FX-6300 Six-Core. But hopefully, the developers can improve the game’s optimization soon. Especially since the game is free-to-play and they want as many people playing it as possible.

Warlander has a lot going for it. In fact, as of writing, the game ranked second on Steam’s popular upcoming games list. Mechanically and feature-wise the game plays great and there’s going to be plenty of moment-to-moment gameplay that’s going to captivate players.

The game has plenty of content to unlock along with a battle pass that will likely demand your attention. However, optimization might be a contentious issue and if it’s not resolved quickly, might thwart it from storming out the gate (pun intended). With so many live-service games available to players, it’ll be interesting if Warlander can carve out an audience for itself and grow the game.

Warlander is free-to-play and launches on January 24 on Steam. The game is expected to PlayStation and Xbox consoles later in the year.