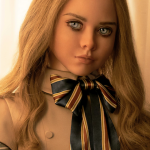 This past weekend Avatar: The Way of Water had no issues taking over the box office. Even will all the new releases this film stayed on top. If Shin Ultraman had a wider release that movie might have been some completion besides the killer robot M3GAN.

Avatar: The Way of Water has made a splash in theaters worldwide. This film has consistently climbed the box office charts and taken down Marvel’s finest movies. Seeing a non-Marvel film take over the box office is fantastic. The MCU is something that my daughter and I share, I do enjoy watching other movies though. As of writing this article, this film is sitting at $1.9 billion at the worldwide box office. Expect this number to keep climbing over the next few weeks. Knock at the Cabin might be the only movie that can take over the top spot. That movie won’t be released on February 3rd.

House Party landed at number six with $3.8 million. The movie Plane landed at number five with $10.2 million in its first weekend. M3GAN continues to make money as this film sits at number two with $18.2 million. That places this movie at $94 million worldwide. During last weekend for two nights, Shin Ultraman was released in a number of theaters. This film was able to gross $604,490 in two days. At this moment I really feel that we should of had a wider release for this film. It sits at $32 million worldwide since it had a larger international release.

Missing is the only movie coming out this weekend in a large number of theaters. Don’t expect this film to topple Avatar: The Way of Water or M3GAN. January is usually a slow month for theaters. Most big new movies won’t be coming out until late February or March. Ant-Man and the Wasp: Quantumania won’t be out until February 17th.