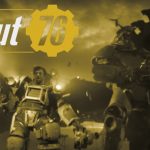 Bethesda is releasing a new game in its fan-favorite franchise Fallout 76. The twist is that this is no longer the single player explorer-adventurer experience, but a multiplayer survival experience. This is something that completely fits the setting of the Fallout universe, but is it going to be as easily implemented in the game as the idea looks on paper?
Fallout 76 has an uphill battle upon its release for two reasons. This game is far removed from the usual mechanics that you would find in a Fallout game. While the post-nuclear wasteland is a perfect fit and back-lore needed to sustain a survival game, some may find the change in style a turnoff.

Traditional Fallouts have thrived off of systems such as V.A.T.S., that have become a staple in the game. Given that Fallout 76 is a persistent online game, this does limit the capabilities such as slowing down time to give the player more time to decide how to execute their shots. For better or worse this is a change that does have to be made to accommodate the new multiplayer facet. While adjustments have been made to accommodate the real-time with other players, it is hard to say that this will feel similar or even natural for the V.A.T.S. in general.
This isn’t Bethesda’s first dance with turning one of their heralded franchises into a multiplayer game from its single-player routes. The Elder Scrolls Online booted its servers on for the first time back in April of 2014. Through the first year, like most MMOs, it was rough, plagued with bugs and bland questlines. Fast forward to October of 2018 and it has launched twelve different DLC & expansions and has a lively community of dedicated players. Given the success of TESO, it isn’t hard to believe that Bethesda cannot find a footing in the growing survival game genre with Fallout 76.

The competition in the survival genre is pretty crowded but really only has a handful of tentpoles with arguably Ark: Survival Evolved leading the pack by a mile. Other games such as DayZ, Rust and The Forest also have a community of players that share this space, none of which are developed by what is considered a AAA studio. It is also worth noting that during this timeframe only Ark looks to be making any adjustments as the ready their launch for their third, and likely final DLC with Extinction.

Fallout 76’s biggest battle to win might not even be from the competition at all but rather from the fans and die-hards of the series. Like The Elder Scrolls series, Fallout is one of the most beloved franchises from Bethesda Softworks. Many of those who do cherish the series to a high degree may likely find themselves comparing the differences with this multiplayer online game to that of their single player experiences from prior. How will players react to have an actual person on the other side of these avatars rather than a scripted NPC? Will the sense of emersion be lost due to the lack of the developed personalities that are carefully crafted in the single player games?

While some may be opposed to a game like Fallout 76, Bethesda was smart at making one particular move. Putting it in a pre-existing timeline. This in itself actually helps fit the game not only in line with the lore of the game but also in line with the nature of open world survival games. For those who haven’t experienced this genre, it is truly the wild west never knowing how to expect each encounter you have with a mob of the map, let alone another individual. Encounters can range from friendly with trades and futures friends, or potential enemies for the duration of the game. That is the thrill of open-world survivals, the risk of uncertainty and the potential risk to lose it all.

While the BETA has received far from stellar impressions with those who have played it, it is best to remember that MOST BETA’s don’t use the final build version. I have to write this carefully as my colleague Dale and I have come to a small disagreement that has lasted for hours on whether or not this BETA features the most current build of the game. Regardless, it hasn’t been winning over gamers curious to see how it runs. The good thing is it showed me the current state of what I personally was most concerned about, and that was the implementation of PvP.

Our good friend Jade Plays Games, survivalist extraordinaire, highlights his favorite beasts of Fallout 76.
Unlike other games in the survival genre, Bethesda has opted to go for a “toe-dip” experience. Players load into a server that will allow for both PvE and PvP players to survive and thrive, but this can be messy too. In order for PvP to commence, one must engage in an aggressive action against another player and that player needs to respond in kind with an aggressive action towards the aggressor. This triggers the game to engage these two players into PvP. For those who do not want any part in the PvP, they have to be careful not to engage the aggressor while taking mosquito bites of damage and dealing with the nuances of the individual who is trying to nag them into the battle. These leaves for two sour situations, a set of players who may likely be constantly annoyed by aggressive players, and PvPers who are finding a lack of players willing to engage.

I get Bethesda’s best intention, however, it is the wrong implementation. Sure you don’t want to subject folks to one way or another if they don’t want to play that way, also to cut down on trolling. That being said, either separate servers into PvE and PvP servers because this is not something you can toe-dip. As a self-proclaimed Ark survivalist, I can tell you that it won’t sit well and won’t cut down on trolls either; survivalist who is trolling are persistent, they are patient and they don’t even let the rules of PvE stand in their way either. Due to the poor implementation of PvE/PvP, I canceled my pre-order, as a personal decision.

In the end, I hope a lot of these concerns I raise are able to be answered in months proceeding the launch. In my experience, it’s not necessarily at the launch of the game that determines the life of these style of games, but how the developer responds to the changes that the game needs. At this point, I feel it has quite a bit of an uphill battle, but not something that a publisher of Bethesda Softworks pedigree cannot match nor exceed.

Will you be playing Fallout 76? Have you been playing the beta? Share your thoughts with us here or on twitter @LordsGamingNet & @IronLordPodcast. In the next few weeks, we will also be updating the story on Fallout 76 as we talk with gamers that are playing the BETA and other avid fans of the series to get their thoughts on how the game is progressing.