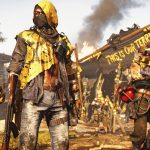 Hello agents. If you’re reading this article it’s likely that you have stumbled across the same game halting bug that I did, seeing you kicked out of the final cut scene of the Federal Emergency Bunker mission which is located in West End.

Apart from being very annoying, as that cut scene was delivering important story line information, the other issue you are faced with is the SHD network isn’t recognising that you have activated it, meaning that you can’t progress your characters development by completing the 3rd stronghold. 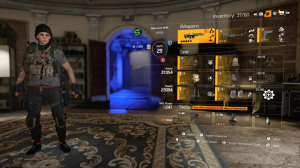 Frankly, it’s enough to make you want to toss your controller across the room. I researched how to resolve this issue, and whilst there were many different suggestions out there, none of them worked. I did however come across a “fix”so to speak which I will share with you now.

Our workaround was to re-complete these five missions with another agent that had not yet completed them:

At the end of re-completing these missions I returned to my own world and was able to activate the SHD network.

The devs have been very proactive in listening to the community regarding known issues, such as this one, so hopefully we will see a patch roll out soon during scheduled maintenance to fix this problem once and for all. More details can be found in our State of the Game update.