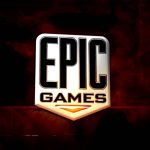 The PC Gaming Show returns to E3 June 10th at 10 AM PDT with the very first participants revealed. Sponsoring this year’s show will be the Epic Games store, which will present several new games and exclusives coming to their storefront. The show will be hosted once again by Sean “Day[9]” Plott, with the plan to showcase new trailers, developer interviews, and debut PC games.

Facebook Twitter Google+ LinkedIn Pinterest Tumblr
Previous article Destiny 2 and the Case for Going in Blind
Next article Netflix Panel Headed to E3: What Can We Expect?