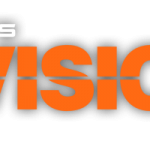 You are reading
The Division 2 in Stadia? Why?

On June 6th, Ubisoft stated in a Youtube reveal video on that The Division 2 will be launching on Google Stadia. This has myself, and the broader player base asking “Why would they start this process and not begin a cross platform initiative to allow PC and Console Players to play fluidly?” Currently, both The Division and The Division 2 are both played on their respective platforms with no cross platform play allowed. At this point it is unknown if Google Stadia will be on its own platform, or if it is going to be migrated into the PC or console environments? I would think that it is going to be on it’s own platform due to Stadia’s ability to be played on mobile phones as well as PC.

The biggest problem that has been stated via Reddit is that console players are unable to react as quickly as PC players due to frame rate differences. This was seen to be a huge issue on the raid that launched last month with console players Taking two additional  days to achieve a clear. This would also highly effect PVP in the dark zone and Conflict. I would just make those locations not cross platform enabled for The Division’s Stadia launch.

Ubisoft needs to take the time to reassess what they are presently working on and no doubt clear it up so when they start work on Division 3 so it will be ready.