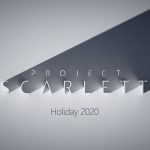 You are reading
Xbox Executive: Project Scarlett Will Be The Most Powerful Console

This made a lot of people to believe that rumors about PS5 being more powerful might be actually true. Those that care about power should give below interview a listen where Matt Booty Head of Xbox Game Studios says that he thinks Project Scarlett will be the most powerful console on a market. He also shares more details on newly acquired studios, xCloud and more. Check the full video below: