You are reading
Shadowkeep Primer: The Tempest-Tossed Pirates of the Fallen

Destiny 2: Shadowkeep is fast approaching. With that in mind, this is the third in a weekly primer series exploring the state of each of the Destiny races and the mysteries still to be solved. Last week we delved into the dark sorcery of the Hive, and before that the Cabal. This series will run every Tuesday until the launch of Shadowkeep on October 1st, 2019. This week we turn our attention to the tragic tale of the Fallen that may just foreshadow our own future.

Not So Long Ago, In A System Far Far Away

The Fallen, or the Eliksni as they prefer to be called, were once a proud civilization. Lorded over by the noble House of Kings and House of Judgment their rule stretched over many star systems. It was not the grand empire of the Cabal, but it was theirs. The golden light of the Great Machine shined upon them leading to advances in technology beyond their wildest dreams. It truly was a Golden Age for all who lived under the Eliksni banners. Like all good things, it was not to last. See the Great Machine, or the Traveler, as we know it, exacts a terrible price for its gifts. It is a cost unbeknownst to those who accept it, who come to rely upon it, who come to embrace it. That toll is the Darkness, and it is a toll that is always paid. 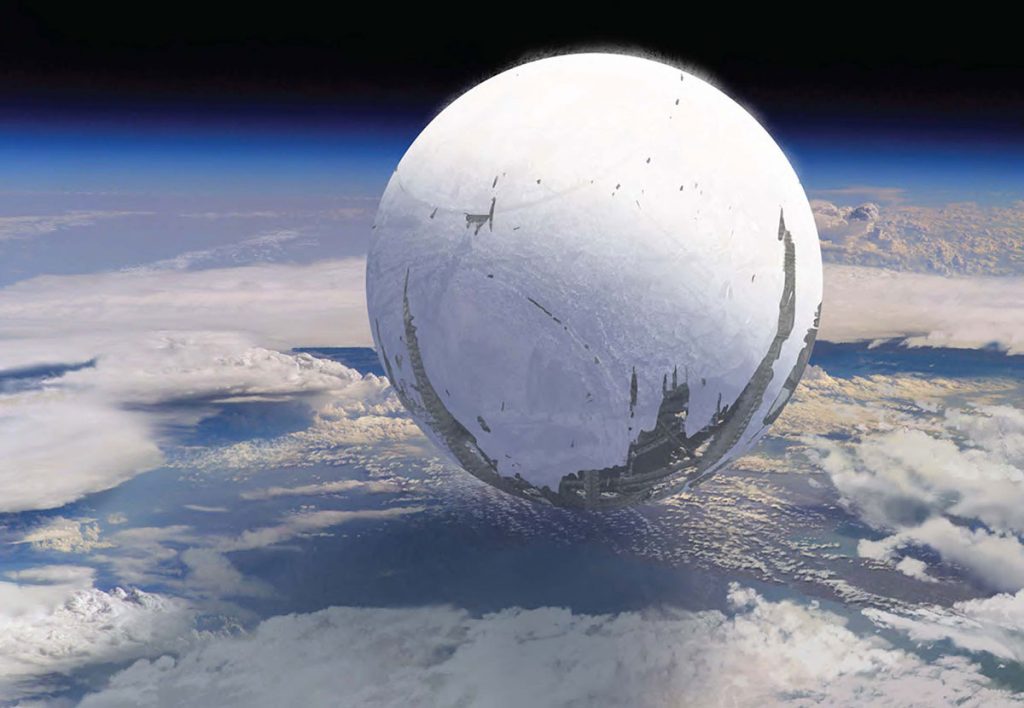 It is not known if the departure of the Traveler from the Eliksni homeworld caused the beginning of the Whirlwind or if the Whirlwind merely sped its departure, the end result was the same. A complete and utter collapse of Eliksni civilization, their people scattered as pirates and nomads and refugees across the stars. Without the Traveler’s Light, their world could no longer function.  While its exact nature is uncertain, what is known is that Chelchis, a legendary Kell was slain by Oryx, the Taken King and with his dying breath begged for the Traveler to remember his people. But his pleas fell upon deaf ears. The Eliksni didn’t know what they had done to lose the favor of their Great Machine, but it would leave a scar upon the soul of the civilization.

The Eliksni fled the Whirlwind in the only direction they could think of, they followed the Traveler. The Light had advanced their civilization far beyond their wildest dreams, and left them with nothing but cobbled together junkers crossing the great void of space. They didn’t know why the Traveler abandoned them, but upon their arrival to the Sol System, they got their answer. The Traveler left them for humanity. So deep was the betrayal, the loss, that there was only one recourse: to show the Traveler that it had chosen wrongly.

The Fallen ships are held together by hope and rusted metal. The Fallen are in the Sol System because they quite simply don’t have the ability to go anywhere else. They are a society on the edge of collapse and it is making them increasingly desperate. They suffered defeat after defeat against the Guardians that have left the Houses tattered shells of their former selves. Since the catastrophic Battle of Twilight Gap, the Fallen have seen the rise and fall of many would-be saviors. Names that long-time Destiny Players will recognize and may very well make their return as nightmares in Destiny: Shadowkeep. Skolas, the Kell of Kells; Aksis, Archon Prime; Taniks, the Scarred. 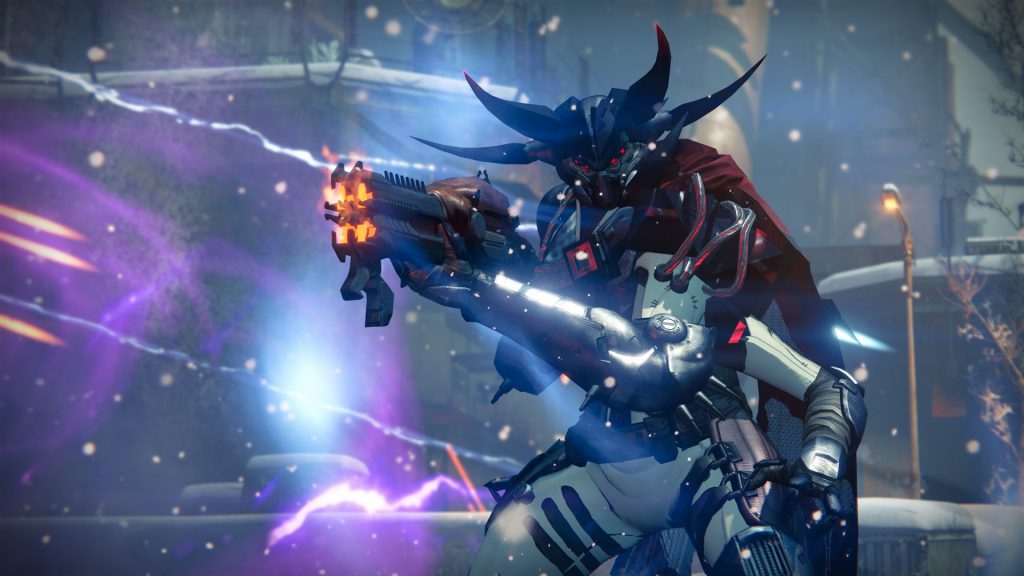 As Destiny wound to a close, the Fallen made their grandest play yet. Deep within the heart of The Plaguelands, the Fallen found nanotechnology that called to mind the glories of their Golden Age. SIVA proved to be far beyond their ability to control. The virus changed them into cybernetic creatures, no longer fully living or dead, and left their already depleted ranks dangerously close to extinction. Even worse, Uldren Sov, Prince of the Awoken twisted tens of thousands of Fallen into his own personal army the Scorn. The Fallen are on their last legs and have had no choice but to withdraw forces across the system with a new goal in mind: survival.

The Fallen names of note in Destiny 2 and leading into Shadowkeep are not great enemies that the Guardian has vanquished, but instead allies in their ongoing fight: Mithrax, Variks, Spider. Whether their motivations are glory, honor, or profit, all that matters is the result. The Fallen are not the enemy they once were, and in fact, it is not such a stretch to think that come Destiny 3 the Fallen will fight alongside us led by Mithrax, the Kell of Light.

What to Expect from Destiny: Shadowkeep

We will see the Fallen seemingly play a small part in the Destiny: Shadowkeep expansion in the form of Phantasms of Skolas, Aksis, and Taniks. Besides that, expect to see story developments with regards to Mithrax and Spider at some point in the next year. SIVA has seen its first mention in the Zero Hour mission to acquire Outbreak Perfected, so a resurgence of SIVA may also be on the horizon.

Variks was the first Fallen to offer his services as an ally to the Guardians. He set up shop in the Reef in Destiny 1, and served as the warden of the Prison of Elders until its collapse. It was a collapse he engineered and resulted in the death of Cayde-6. Since then, he has declared himself the Kell of House Judgment and disappeared to parts unknown. He wants to see the Fallen returned to their formal glory, but how exactly he intends for that to happen is a mystery. His allegiance and affiliation with the Awoken and Queen Mara Sov make him a compelling figure in the ongoing narrative. Expect him to resurface whenever we see the Queen again.

Why Did the Traveler Abandon the Fallen?

With the Vex time travel capabilities, it is not outside the realm of possibility for the Guardians to see what happened to the Fallen in a future mission. The Traveler is one of the most enigmatic creatures in Destiny lore, but we could learn a lot about its motivations and past by witnessing the Whirlwind and how the Traveler took the Light from the Fallen or why it gave it to them in the first place. In Humanity, the Traveler found something it deemed worth fighting for, even almost dying for, something that was missing in the Fallen.

Will the Fallen Ever Become Risen?

The Risen were what Guardians were called before they were Guardians. They were marauders using the power of the Light to establish themselves as warlords in the days after the Collapse. They were the first of those to come back when the Ghosts were deployed by the Traveler. With the Darkness coming, it would make sense for the Traveler to seek out all the help it can to fight it. But the Traveler has never seemed overly chatty. Which means making things right with the Fallen potentially difficult. However, this would mean Light-empowered Fallen enemies in D3, but also potentially the ability to chose to be not just Exo, Human or Awoken, but Fallen as a character race. Which would be pretty neat.

That’s all for the Fallen, join us next week as we dive into the Vex! And check out our weekly Destiny podcast breaking down all the latest on Destiny 2: Shadowkeep, The Last Word with Lord Cognito and Ebontis every Friday, your go-to looter shooter podcast.