You are reading
Preorder Ready for Google Stadia Launch? It May Not Matter

Google Stadia, the ambitious new streaming platform is set to launch on November 19th. Yesterday, initial preorders for the Founder’s Edition were announced to be sold out. This coincided with the announcement of a new SKU called the Stadia Premiere Edition going up for preorder for $130. The new edition comes with the Stadia, a white controller, and Destiny 2: The Collection. 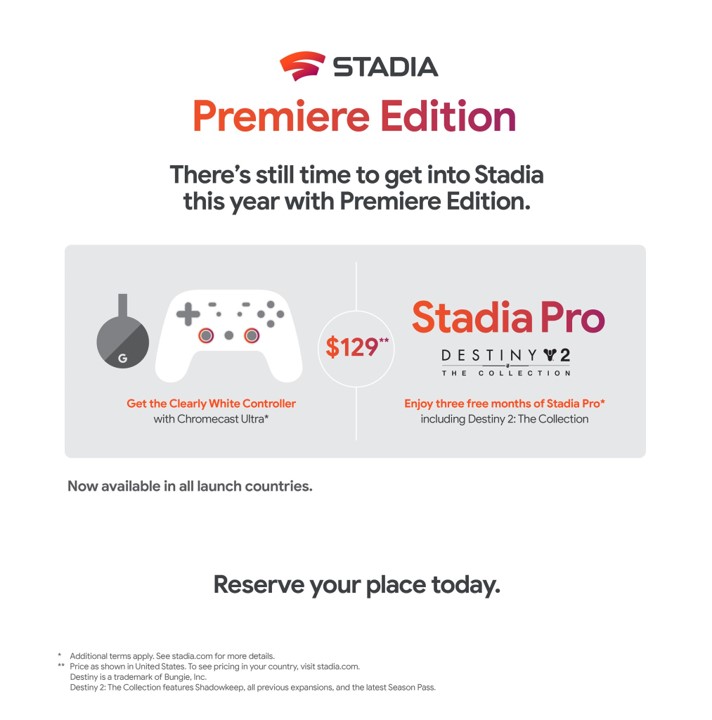 According to a story by The Verge, it seems that, despite the stated launch day of November 19th, not all customers who preordered Google Stadia will have it to play at launch. Google is apparently fulfilling preorders in the order in which they were received. Which means that anyone preordering the Premiere edition would receive theirs well after the Founders. While supply constraints at launch are common with new console launches, it is unusual for preorders to not be fulfilled on launch day. We will keep you updated including benchmark testing after the Stadia launch from resident tech guru, Old Skool Style. For more about Google’s recent Made by Google event, check out our full write up here.

[See More: Everything We Know About Google Stadia]