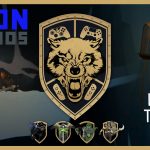 Welcome to another new episode of the Iron Lord Podcast. On today’s show, the Lords are joined by Indie developer Stephen Danton. Who is the creative force from the upcoming game Unto The End.  Other topics include leaked PlayStation 5 prices, and of course, the controversy surrounding the 2019 Game Awards. You don’t want to miss episode 135 of The Iron Lords Podcast!

00:40- @LordCognito is up with “Lordly Introductions” for this week’s guest & developer of the upcoming game Unto the End (@UntoGame), Lord Stephen Danton (@2TonStudios) !

06:30- Lord @KingDavidOTW is up with some #CombatTalk for the Lords!

14:10- The Lords go into the early gaming history of Lord Stephen as well as his early work as an #Azure developer!

26:10- Lord Stephen talks about the experience of developing games with his wife as well as the inner workings of running your own gaming studio!

31:00- The Lords do a deep dive on everything about Lord Stephen’s game #UntoTheEnd !

01:37:20- The Lords go over last week’s results for the Official ILP Twitter Poll!

01:39:20- The Lords investigate those recent #PS5 specs, release & pricing rumors that have been making the rounds!

01:52:50- The Lords give their thoughts on all the current controversies that are coming from #TheGameAwards announcements!

02:34:10- The new question for the Official ILP Twitter Poll is up for the week!

You can also check out the latest episode on.

Don’t forget to check back for the latest gaming news, podcasts, and interviews!