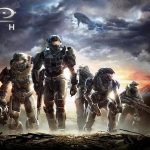 You are reading
Video Game Release Schedule for December 2019

Is it the final month of the year already? As usual, a new month means new games, but December 2019 is pretty light on major releases. Nonetheless, eye-catching indies like Arise: A simple story will make their debut. December is also a great month to hit the backlog before the new year kicks in.

One event to look forward to is the 2019 Game Awards. The live event premieres on December 12th, showcasing anticipated reveals along with awards to some of the year’s best games. Check back to LordsofGaming.net for updates and more on your latest video game releases.