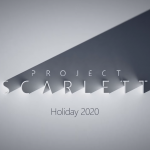 For months we have been reading that Microsoft is behind Sony in terms of Xbox Project Scarlett Development Kits. Lately, there hasn’t been any new information on next-generation Xbox specs, but it appears these days are over. A few days ago Phil Spencer tweeted out that he already plays games on Xbox Project Scarlett at his home, but today Windows Central has shared information on target power/performance targets and some specs. So let’s break down specs for both the Xbox Anaconda and Xbox Lockhart.

Windows Central has also stated that they have received the same info/specs from multiple different sources so this information appears legitimate. However please remember these are targeted specs we are talking about here. I’m pretty sure that the current devs kits have not been finalized yet. However, the mere suggestion that Xbox Project Scarlett is targeting 12 TFlops of Raw Power based on Navi/RDNA architecture is extremely impressive and I hope it’s true.