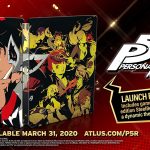 After a near two-week long countdown, Atlus USA has revealed new details on the upcoming Persona 5 Royal, including its release date.

In the brand new trailer, Persona 5 Royal was announced to be coming exclusively to PlayStation 4 on March 31, 2020 for North America and Europe. The new version of the critically acclaimed game comes packed with new characters, locations, side events, and more.

One of the biggest additions to the game is Kasumi Yoshizawa, a high school student who joins the Phantom Thieves, who was not present in the original game. Gamespot has an elaborate breakdown of what’s being added to Persona 5 Royal. P5R follows in the rerelease trend of its predecessors Persona 4 Golden and Persona 3 FES.

Taking your heart and your money 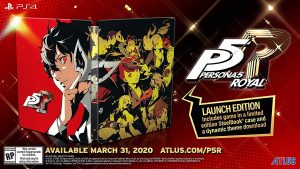 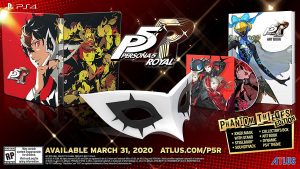 For those going digital,

Persona 5 Royal initially released in October in Japan. The localized version will finally make its way to the West on PS4 on March 31, 2020.