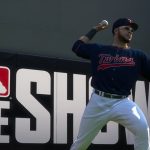 You are reading
PlayStation’s MLB: The Show going to Xbox One, Switch

On Monday, Major League Baseball and Sony announced a multi-year and multi-platform video game partnership for PlayStation’s MLB: The Show. This marks the first time in the series’ history the game will appear on a console that isn’t PlayStation.

According to MLB Communications’ tweet, the series can make its way to rival consoles as early as 2021. No other details have been announced at this time. It’s unclear if Sony will continue to publish MLB: The Show since it’s making its way to the unspecified platforms.

The news was then confirmed further by Nintendo and Xbox’s Phil Spencer on Twitter:

Great to see the game is coming to more players. https://t.co/a54bZ2c2bU

PlayStation’s MLB: The Show has defined baseball as one of the most prominent and well reviewed series in the sports genre. It was also one of PlayStation’s long-standing exclusive since 1997. With talks of crossplay blurring the lines of the term ‘exclusive,’ it looks the state of gaming is going to be shaken up more than we anticipated. The series is developed by San Diego Studio with the next iteration, MLB: The Show 20, releasing on March 17, 2020. You can find more information by visiting their website here.

The Lord’s Word: It’s interesting to see this change come about just a day before PlayStation’s December State of Play. Regardless of odd timing, this decision could have possibly been brought up by MLB rather than Sony. As to why Sony would agree for the series to go multi-platform brings up a lot of questions since The Show series was always a chart-topper. Nonetheless, more people get to play a beloved franchise, and that’s always a win.