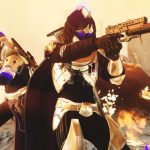 Destiny 2’s Season Of Dawn is back in full swing again after a brief break for the holidays. Yesterday, a new exotic quest was revealed for the unique sidearm the Devil’s Ruin. To say this quest has caused some controversy within the Destiny community is an understatement if you check social media.

Lets breakdown what the quest entails and why the community seems to be so divided about it. Spoilers here so don’t even think about reading this unless you don’t intend on going for this exotic this season. 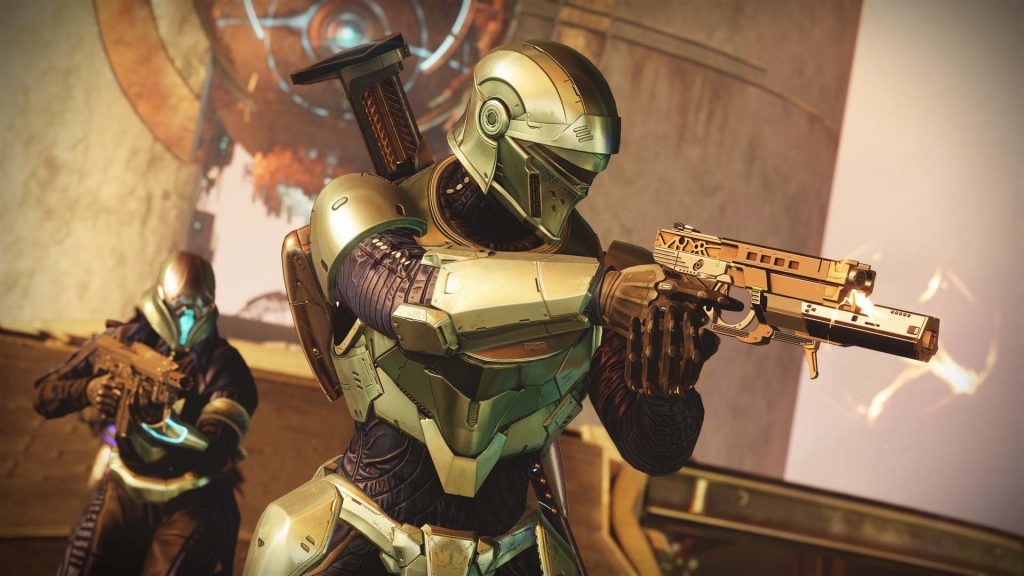 Log into Destiny 2 and you will immediately be prompted about the exotic quest for the Devil’s Ruin. The steps to start the quest aren’t exactly clear as it only mentions killing Champions in the new Sundial activity on Mercury. In reality all you have to do to get the quest to continue further is:

That’s literally all there is to the quest, and it can all be completed in about 30 minutes. The gun is extremely unique and can be charged almost like a fusion rifle with some varying results in PVP. 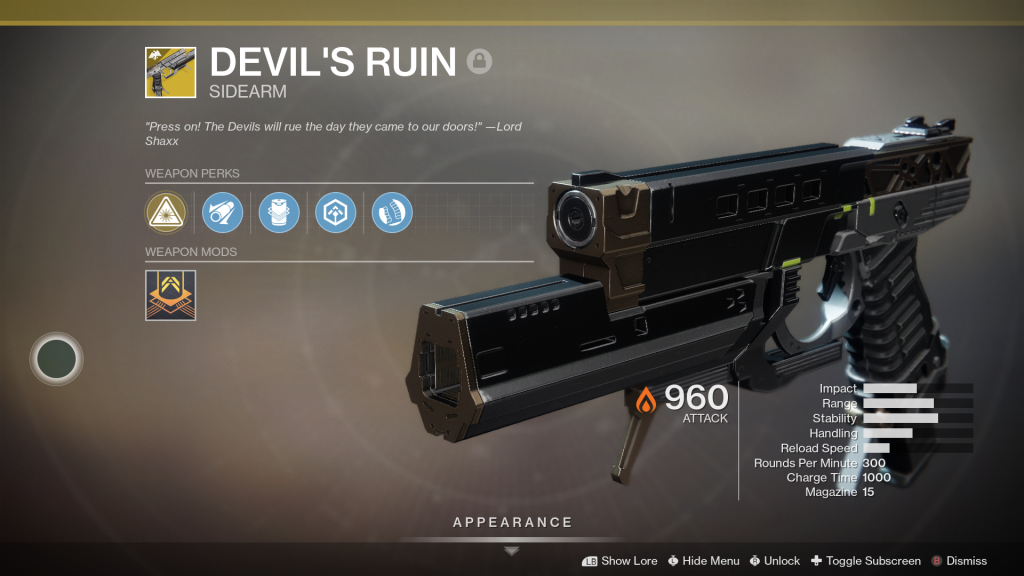 Now let’s get to the heart of the controversy here. Getting an exotic quest completed this quickly is generally a huge departure from most Destiny 2 exotic quests. The majority of these quests involve extreme busy work, a multitude of collection steps and sometimes tedious backtracking. I must admit when the Devil’s Ruin dropped into my inventory so quickly after the Twilight Gap mission I was shocked at how super easy it was to obtain. However, the next five minutes remaining in the completed mission truly outlined Bungie’s intent here.

The Crucible map Twilight Gap is one of the most iconic maps in Destiny’s lore. It represents humanity’s final stand to defend an overrun city vs the Fallen (whom the Traveller initially showed favor to). The Fallen forces overwhelmed the city and according to Titan lore, Shaxx broke formation to attack a perceived weakness in a seemingly invincible Fallen army. By disobeying the orders of Saladin to retreat further back into the city, Shaxx made a final stand for the Gap. Many Guardians lost their lives that day, but this move was the key turning point in saving the city.

Unfortunately, as a result, the once personal relationship between Saladin, Zavala, and Shaxx never recovered. Both Saladin and Zavala seemed to harbor some resentment and appeared to isolate themselves from their insubordinate friend. Shaxx went on to form the Crucible to train future Guardians. 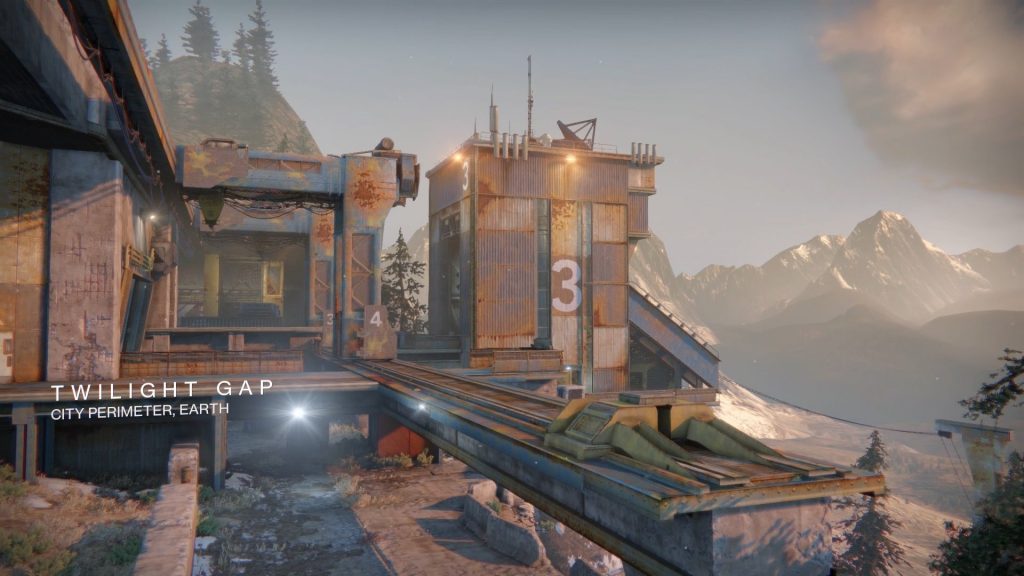 Why People Are Missing The Point

Listening to Osiris and Saint-14 solemnly discuss this mission (as you search for weapon fragments) is the first character bonding dialogue we get between the two in Season Of Dawn. You truly feel the wounds of Twilight Gap as well as some playful banter between two brothers reminiscing about the past. This is an awesome yet subtle voice acting job that Destiny lore fans like myself have been craving for years! You also get a sense of how much Saint-14 respects you as the Guardian who saved him as well as how out of touch he is with current events.

What happens next when Shaxx enters the voice comms is not only hilarious work by Lennie James, but is the first-ever voice interaction between him and Saint-14. As a Warlock main, I’m also a huge Shaxx fan, so this Titan matchup truly intrigued me. I’ve always appreciated his over the top and bombastic nature in the Crucible. Listening to Saint-14 sarcastically berate how Shaxx runs the Crucible, and Shaxx retort with giving Destiny players pinnacle weapons is “a game within a game”. Pure awesome banter ensues as they go at it while Osiris has heard enough Titan bravado over the comms and exits stage left.

Saint-14 jokingly gets Shaxx to pay up on a “postmortem” bet and if you know the classic Iron Banner line from Saladin it involves singing. Comedy gold continues and it appears to hint that Saint-14 will most likely run a new iteration of Trials to distinguish himself from Shaxx a bit. What has been amazing about Season Of Dawn so far has been the outstanding storytelling. There has been no raid, no dungeon, no Trials of Osiris, yet I still find myself logging into this version of Destiny 2 each week.

We are potentially building a new Trials, stabilizing timelines with obelisks, and learning more about everyone’s favorite Titan, Saint-14. His initial campaign missions were arguably the best story missions I have ever played in Destiny. I couldn’t be anymore happier with the direction and integration of this returning character.

Season Of Dawn is not perfect, but it definitely represents a positive step in Bungie’s attempt in cohesive world/narrative building. We should definitely welcome more of these types of missions with voice acting and cinematics to accompany it. All of these subtle things breathe life into a game that is actually more rich in lore than most realize.

[See More: Shadowkeep Primer: The Dreamers Of The Awoken ]