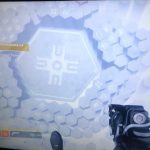 You are reading
Destiny Codebreakers Have Solved the Corridors of Time

It took almost a week. Through the combined efforts of thousands of members of the Destiny community, the Corridors of Time puzzle has been solved. For those of you that haven’t been following along, the Corridors of Time is a quest that stealth launched from Osiris at the weekly reset on Tuesday. It opened the Corridors of Time back up with five doors for the player to walk through. Walking through the corridors in different sequences then produced different results. Note: This quest can only be completed and then continued if you have already rescued Saint-14 on a character. You must then use this same character to run the final code. Otherwise, Saint will not give you the next step in the questline. 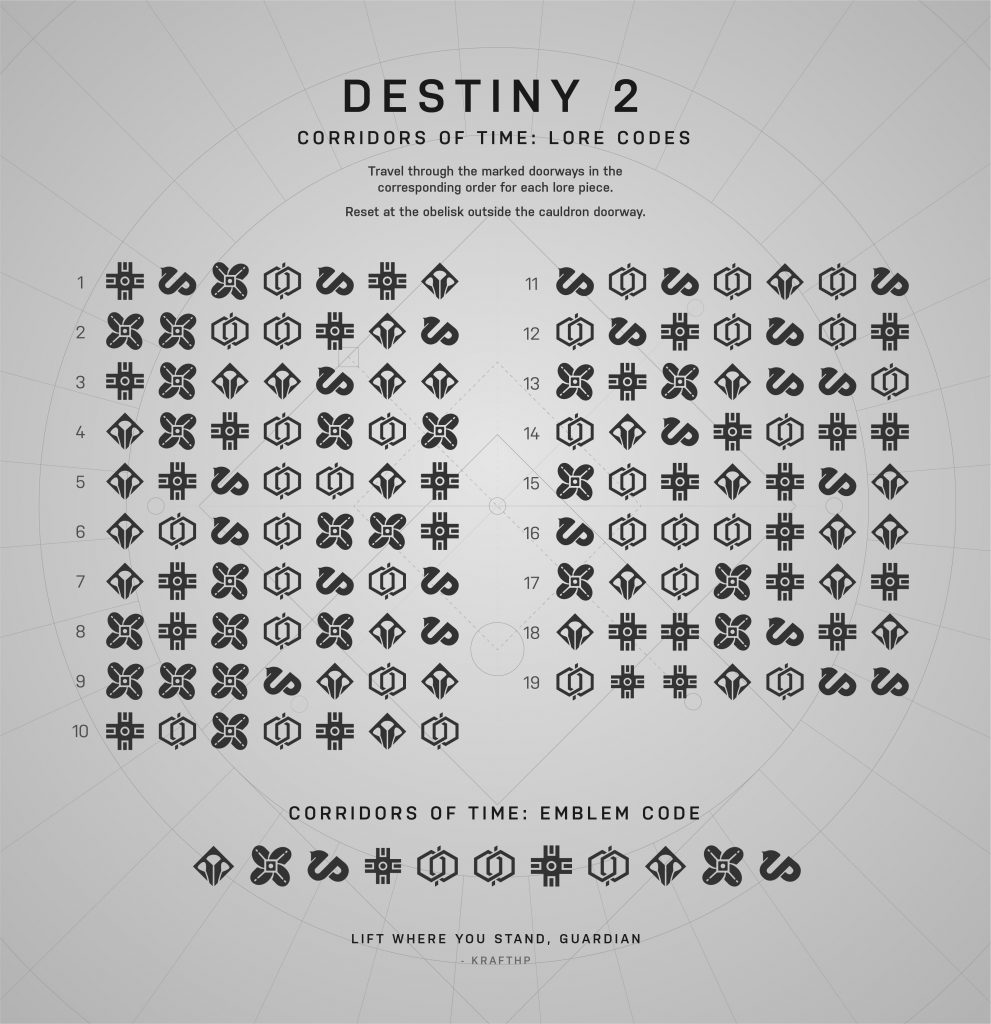 For the next nineteen hours, new codes displayed on each of the planetary obelisks for players to walk through for triumph lore cards and an emblem. At the end, each player was granted this view. 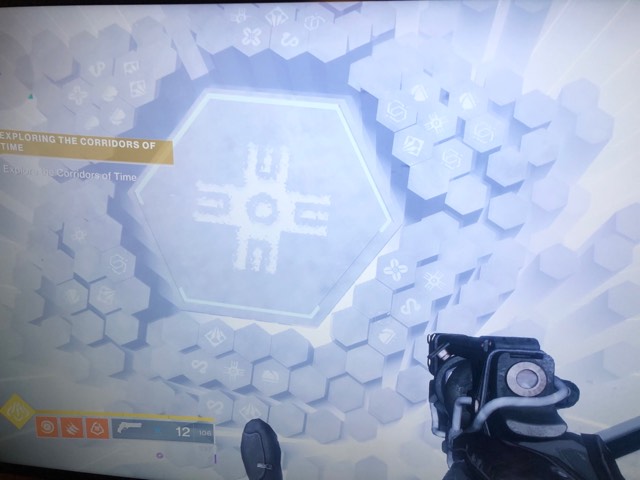 By combining thousands of these hexagons from each different instance of the community, players were able to create a map through the corridors. That map is as follows. 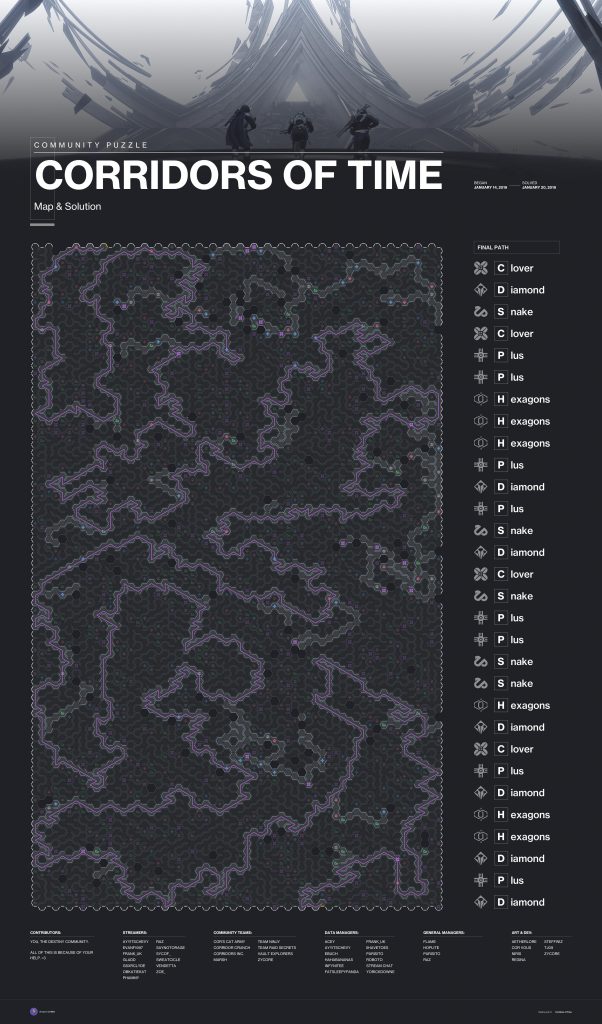 The incredible final map with the solution laid out on the right side. Full credit goes to @mr_niris for the image

This allows players to approach the grave at the center of the Corridors of Time where they are treated to dialogue from Saint-14 and completes Step 1 of the quest. Spoilers ahead.

Step 2: Players talk to Saint-14. After this, they are directed to gather five pieces of fallen intel by hunting Fallen Captains and Servitors. Once again, this quest can only be acquired using the same character you used to rescue Saint-14.

Step 3: Players have to defeat Aksiniks, Bound by Honor, a Fallen in the Empty Tank lost sector on the Tangled Shore

Step 5: Players then have to find the grave in the Tangled Shore Lost Sector, Trapper’s Cave.

Step 6:  Finally, players have to complete the strike The Hallowed Lair, Memento while killing Reysk, the Waning Light in the final boss room.

Incredible effort by the community on solving the Corridors of Time. The quest didn’t lead to Gjallarhorn as was predicted last week, but it was a hell of a ride nonetheless.

Reddit user u/Jgugjuhi posted a screenshot on RaidSecrets showing the final reward for the quest line to be Bastion, the exotic fusion rifle that was on the roadmap to be released next week. 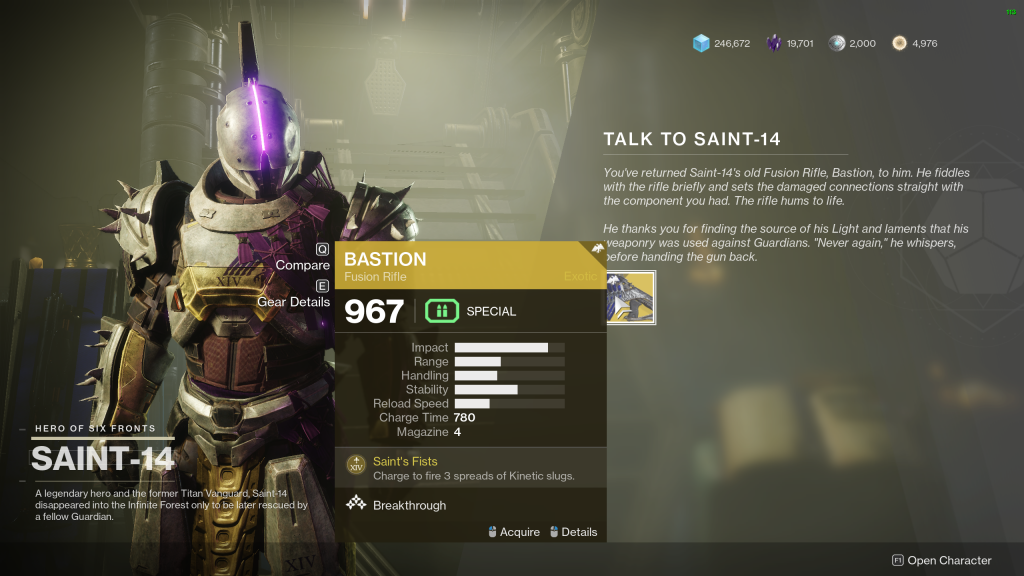 Be sure to tune into The Last Word with Lord Cognito and Ebontis every Friday, for all the latest on the world of Destiny.