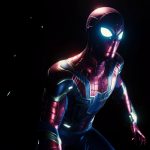 We’ve all had those feelings about a new Spider-Man game – some of us are excited, while others are hesitant. At the same time, both groups are wildly interested in the potential. Fans expected an engaging story, stellar combat, and the best swinging in a Spider-Man game yet. Not only were these expectations met, but Insomniac Games exceeded them. Marvel’s Spider-Man is not only the best Spider-Man game, but the best superhero video game since Batman: Arkham City. 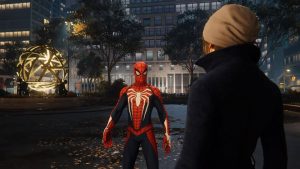 Marvel’s Spider-Man takes us eight years after the dorky, but charming Peter Parker has been bitten by the radioactive spider. By this time, Peter is an experienced superhero that has had his fair share of villains and knows the tricks of the trade. It’s a relief to see that Peter has found a balance between his superhero duties and his personal life.

While Insomniac stays true to the quip-master, they take some chances with other characters in the Spider-Man mythos. For instance, Mary Jane Watson is now a hardcore journalist as opposed to her model comic-book counterpart. Mr. Negative, a villain not really known among casual fans, is introduced as the game’s main antagonist. With these new variables, the developers deliver an exciting, true-to-character story with meaningful character arcs for Peter, MJ, and even Aunt May. 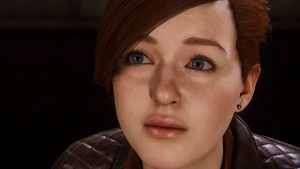 In this universe, Peter is considered a veteran superhero, so some of the comic book villains are already part of his rogue gallery. Over the course of the game, you’ll come across some of those villains like Shocker and Kingpin. The story behind these other villains will be fed to the player in bits and pieces by open-world collectibles and side missions. There’s always something to learn, so it’s easy to be completely immersed in this Spider-Man’s world.

See More: LOGNET List Their Favorite Game of the Decade

Does What A Spider Can

Marvel’s Spider-Man sticks to the kind of Spider-Man game we all love – an open-world action adventure. What makes being Spider-Man so much fun is web-swinging through New York City. Once you get a handle on the rhythmic button presses, swinging between buildings and hitting tight corners becomes absolutely exhilarating. Insomniac has created the seamless web-swinging fun we all remember from the Spider-Man 2 movie-based game, but so much better.

It never gets old to jumping off a tall building, diving towards the busy streets, then shooting a web at the last second to catch your fall. 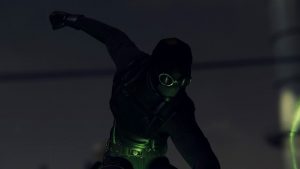 At face value, many will associate Marvel’s Spider-Man‘s combat to that of the popular Batman Arkham trilogy. However, Insomniac made sure to have Spider-Man’s fighting style feel distinctive. Put simply, he is the prime acrobatic innovator that uses air combos, some fun tech dazzled in, and a spider-sense that acts as your indicator to dodge enemy attacks. My favorite gadget has to be the web ball, which is an explosive device that encases them in web and prevents them from moving. After successfully throwing out a web ball, you can then follow up with a combo, stick bad guys to the wall, or use another gadget. Spider-Man is also able to use his environment by zipping up trash cans and boxes to hit surrounding enemies.

When you prioritize style and air combos, Spider-Man’s Focus meter fills up at a quicker rate. The Focus meter can be used to heal yourself or unleash a punchy cinematic finisher move. All of the combat’s mechanics combined makes the game a blast to play and a worthy reflection of his character.

One of the best features of the game is without a doubt the number of unlockable spider suits. The more open-world side activities you complete, the more tokens you obtain which can be used to purchase the 25+ different costumes. Insomniac could have just made the suits purely aesthetic, but they took it a step further by adding unique abilities for each one. I loved this addition because it gives a gameplay incentive to try out suits you wouldn’t normally wear.

As for visuals, you can’t help but be amazed at the level of detail on Spider-Man’s suits. All were made with incredible attention to detail and love for the character; Ranging from original suits made by Insomniac to outfits inspired by the comics and movies. The Stark Suit in particular still blows my mind on how real it looks, down to the very lining of the fabric.

The City That Never Sleeps

New York is its own character in Marvel’s Spider-Man. New York is fully-realized with its skyscrapers, unique shops, graffiti art, and even populated streets and parks. You’ll be able to swing through the city under a bright sun, in the majestic night time, and even in the rain, to which all show off just how gorgeous the game is.

Insomniac did an incredible job of embedding the look, feel, and sounds of New York. As with any big city, there’s also plenty to do and see. You do have your standard collectible-hunting, but most of the open-world activities are layered with narrative. Yes, even the odd pigeon catching side mission. Random street crimes will eventually feel repetitive, but I barely noticed due to how addictive the gameplay loop was. Despite a handful of forgettable side missions, there’s a lot to love here. Marvel’s Spider-Man contains a near-masterful level of open-world storytelling. 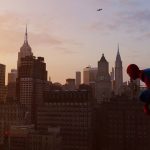 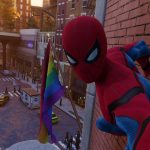 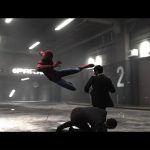 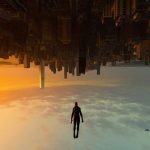 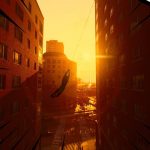 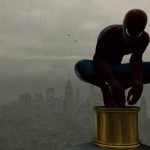 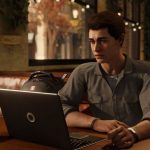 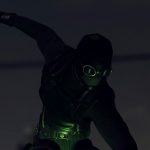 Marvel’s Spider-Man also includes short puzzles for Peter to unravel in his day job at the science lab. It’s a portion of the game that doesn’t overstay its welcome and is a genuinely fun way to see the other side of Spider-Man.

A handful of missions may require a more stealthy approach to be used, particularly when playing as Mary Jane. These parts of the game were the easiest to complete and pretty interesting the first time playing through. I never felt like I was wasting time or in one stealth section for too long, but they aren’t my favorite parts about the game either. 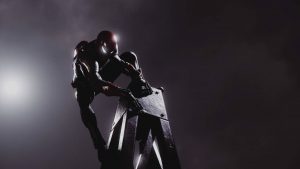 Marvel’s Spider-Man is the best Spider-Man game ever made. Along with being a super polished and visually stunning game, Insomniac created a riveting Spider-Man story that gives emphasis on the man behind the mask. The game is a pure celebration of the hero with cheeky references to movies and shot-for-shot moments from the comics. While there is room for improvement in its open-world content, a redefining foundation has been built for Spider-Man video games.

Lastly, the elated feeling of being Spider-Man has never been lost on fans. On car trips with your family, have you ever looked outside the window and just imagined Spider-Man swinging by? Did you ever imagine yourself donning the mask and swinging between those tall buildings too? His video games were the closest we could get to that experience. Insomniac and Marvel not only made us a part of this Spider-Man’s world, but be the Spider more than ever before.