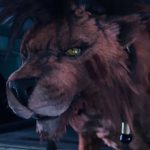 On January 31, 1997, FF7 launched on PlayStation in Japan. The iconic RPG broke ground for the genre and narrative video games of the era, settling itself as one of the greatest games ever made. In celebration, Square Enix dropped a story-heavy trailer for the upcoming Final Fantasy VII Remake.

From a cross-dressing Cloud to a first look at Red XIII, the Remake looks to cover a lot of story in the first entry of a multi-part series. Check out the trailer below:

Whether you’ve played FF7 or not, the Remake is bringing a fresh take with new characters and events. FFVII Remake also has a new theme song composed by veteran composer Nobuo Uematsu titled ‘Hollow.’

The Lord’s Word: While the delay was a bit of a bummer, this new trailer has enough to keep eager fans speculating. Not to mention we finally got to see Red XIII, who looks and sounds great. At this point, I hope we can get a demo some time soon to hold us over until April. The trailer seems to show a good chunk of story, so maybe Square can go a little lighter on FFVII Remake’s next trailer. Since there seems to be a substantial amount of story pivots, a replay of the original may be in order! Good thing I picked up a copy of FF7 on Switch.