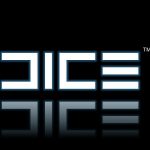 Respawn had one hell of a year in 2019. With the launch of Apex Legends, the battle royale game that stood tall against Fortnite. As well as one of the most successful Star Wars games this generation with Jedi: Fallen Order. It is safe to say that Respawn is the gift that keeps on giving out of EA’s stable of studios. It appears EA understands the hard work and talent held within the studio with today’s announcement. In an article from the LA Times, Respawn CEO Vince Zampella will be taking over Dice’s Los Angeles studio. Zampella brings with him a massive amount of experience with his resume hosting credits on such franchises as Medal of Honor, Call of Duty, Titanfall and many more. DICE’s LA studio has long been a support studio for DICE’s main studio in Stockholm, however from the sounds of things that will be changing.

“I think they’ve kind of gotten the branding that they are the support studio for DICE Stockholm. I think rebranding is important for showing people, ‘Hey! Come work here. We’re going to do some amazing things.”

It seems that not only is DICE LA going to be getting a rebrand, but it also appears that they are focusing on a new and independent project. This would be a first for this studio and offers a big question. What game could they be making? While we don’t know right now, people might be concerned with the future of Respawn. They should not worry as Zampella will still be overseeing Respawn as a whole. While the team that created Fallen Order will be led by Stig Asmussen. With Chad Greiner leading the charge concerning all things Apex Legends. While Respawns upcoming Medal of Honor VR game will be overseen by Peter Hirschmann.

It will be very interesting to see how this whole situation unfolds in the upcoming months. We will be watching DICE LA very closely. We wish Vince Zampella the best in his new role!