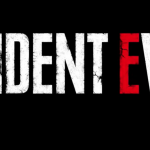 You are reading
The Resident Evil 3 Demo Is Official

After the massive success of Resident Evil 7 and especially Resident Evil 2, the franchise keeps refining this fantastic horror series in this next iteration. Will you be willing to face off with the Nemesis? Are you destined to become a STAR? There is really only one way to find out. Hopefully, players won’t have to wait too much longer to test their mettle against this new and fearsome foe. The Resident Evil 3 demo is right around the corner.

It was written in the STARS… 💫
A Resident Evil 3 Demo is on the way. We'll have more details in the near future! pic.twitter.com/wqN2AwI3pH

There also has been some hands-on gameplay released of Resident Evil 3 with interesting details. Thanks to Nibel on Twitter (@Nibellion) the source of the information, he has gathered all the current gameplay vids for your enjoyment. Some neat little details that came out of these gameplay vids are:

Check out the thread for full details on what you can expect to see in the upcoming Resident Evil 3 demo.