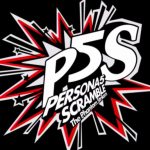 You are reading
Video Game Release Schedule for February 2020

Since January has been a bit of a slog to get through, let’s hope February is better. Last month, we saw a handful of delays for major early 2020 games like Final Fantasy VII Remake, Cyberpunk 2077 and more. There’s also heavy speculation and rumors going around about next generation consoles, more to ease the boredom of gamers than anything else. From February 27 – March 1, PAX East is kicking off and some of the writers and members of LOGNET will be attending! Stay tuned for more developments on that as we get closer to the end of February 2020. Until then, see below for a list of this month’s video game releases to look forward to.

What will you pick up in February? Let us know in the comments! Check back to LordsofGaming.net for updates and more on your latest video game releases.