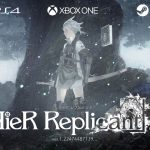 You are reading
NieR Replicant Has Been Announced For PlayStation 4, Xbox One, and PC

NieR: Automata was a breakout success for Platinum Games in 2017, with many newcomers becoming interested in the NieR franchise. It appears that Platinum Games has realized that the fanbase has grown exponentially since its release. This no doubt led up to the announcement this morning, of NieR Replicant ver.1.22474487139. This was announced during the 10-year celebration of NieR stream earlier today.

The game is a remaster of the 2010 original game simply titled NieR. The game was available on Xbox 360 and PS3 originally. This marks the first time the game will be available on Xbox One, PlayStation 4 and PC. While there is not much detail on the game right now, there is a fantastic trailer to get fans excited about the game. Showing off beautiful landscapes and giving a glimpse into the story for the upcoming game. With the massive success of NieR: Automata, and how much of a cult classic the original was. It will be interesting to see how much interest and attention NieR Replicant will get the closer it gets to launch. At this time there is no set release window or date for this game. We will keep updating as more information becomes available.

Are you excited for NieR Replicant? Let us know in the comments and don’t forget to check back for the latest gaming news and information.