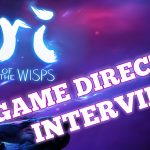 In an interview on the TXR Podcast, Me and the rest of my fellow cast members got to sit down with Moon Studios’ Thomas Mahler, the Game Director of Ori and the Will of the Wisps. Thomas is the creator of Ori and the Blind Forest, a platformer that exceeded expectations and changed people’s minds on platformers. Thomas isn’t your typical game developer, living in Vienna with a background in sculpture from art school. His initial start in the industry was at Blizzard as an artist for StarCraft 2. He would eventually co-found Moon Studios where he could work on his passion for indie games. Thomas loves creating prototypes for games and showing them to others for input. Ori was just a prototype concept with no actual direction until he saw the Studio Ghibli masterpiece, Princess Mononoke. He wanted to create a platformer that focused on art direction by relying on hand-drawn animations and backgrounds. Also taking inspiration from the “tight controls” of Super Meat Boy, Thomas wanted the game’s controls to feel on point.

The Little Game That Could

Ori and The Blind Forest released on March 11, 2015, with Thomas feeling what he described as vulnerable. He was worried about how the game would be received, the story and concept were mostly his ideas. What if it wasn’t received well? Moments like this can make or break developers. To his relief, the game was a hit and was nominated for multiple awards ultimately winning awards for Best Art Direction and Artistic Achievement. The real surprise was how the game exceeded all expectations. Thomas commented about how most games sell the biggest on their initial release, but with Ori and the Blind Forest, sales started slow. As people played the game and told others about how great it was, those others would then try it. By its third year after release Ori and the Blind Forest was doing more sales then it was on its initial release.

The success of Ori and the Blind Forest was so substantial that fans were asking for it to come to Nintendo Switch. Despite expectations that Microsoft would say no, Thomas had to ask if he could put Ori and the Blind Forest on the Switch. Microsoft thought this was a great idea and showed Thomas why they are what he calls a “different” kind of company. He talked about how we all hear stories about the “big bad publisher” interfering with game development and forcing game direction. He explained how Microsoft lets developers have a large amount of creative freedom with the games they create. Microsoft has not forced Thomas to create anything, but they did have to give him a nudge to make the sequel, Ori and the Will of the Wisps. 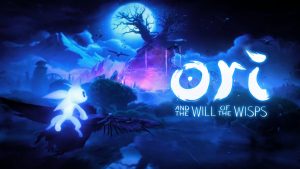 The Sequel That Almost Wasn’t

Thomas admitted to me and the cast that he didn’t want to do a sequel. He explained how he just spent years working on The Blind Forest and was ready to work on something else. When Microsoft approached him about doing another Ori game, he responded that he wanted to work on other projects. What resonated with Thomas was how many fans of Ori and The Blind Forest would write to him about creating another game. He decided that if he was going to build another Ori game that it would be for the fans and to perfect Ori even more.

Thomas is an artist and is always looking to improve his work. He didn’t want to spoil the story of the new game because he loves seeing people’s reactions to the story online. While The Blind Forest is about coming of age with Ori and his mothers, Ori and the Will of the Wisps is about brothers and sisters. The new owl character named Ku is Ori’s sister and will have a big part in the game. Thomas wants the story to be understood globally, so he wants less emphasis on words and more on nonverbal communication. Great animation and acting are needed for the characters to show emotion with little to no words.

Thomas went on to say that music is an important storytelling tool that is often overlooked and great games need great acting, great story, and great music. He stated that music can be even more important than the script and you can set the right tone and emotion with the proper music without saying a word. He goes on to praise Gareth Coker and how he “fleshed out” the first game by adding such wonderful music to The Blind Forest. Gareth Coker’s composing made Ori and The Blind Forest so amazing that he was even personally nominated for awards to acknowledge just how emotionally driven the game is all-cause of his music.

He went on to talk about how he wanted to perfect the combat. The combat was very simple in The Blind Forrest with basically one attack button and auto-targeting attacks. Thomas wanted the game to be more Metroidvania-like in its gameplay. He wanted to make the attack system more precise and strategic. Above all, Thomas believes game performance should never be sacrificed. He would get rid of something else in the game before affecting the frame rate. Thomas said 60FPS will always be a target for his games. Games that run at 60FPS feel different than those that run at less.

He did state that Microsoft did request a co-op element to the game and responded by saying that he would try. Thomas explained that while his team tried to create a co-op experience, it didn’t give the other player much to do. It didn’t feel right, so they moved on from the idea. Now, on the horizon of the release of Ori and the Will of the Wisps Thomas finds himself testing new concepts once again by putting his new game in Xbox Game Pass. 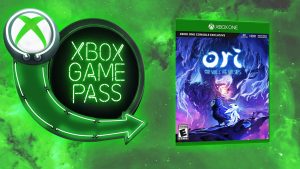 “The strategy Microsoft is following right now is pretty interesting.”

On The Subject of Game Pass

The subject of Xbox’s new flagship service Game Pass was a hot topic of conversation. This goes along with how he calls them different than their competition. He loves the idea of Game Pass and how it lowers the upfront cost with gaming. He states it’s hard enough for people to buy the system then have to afford the games. Game Pass gives you access to a whole library of games from multiple generations. Another benefit is that it also gives you a chance to play games that you may have passed on. So many people heard about Ori And the blind forest through word of mouth, and Game Pass is another way to generate conversation about your product. Thomas will be launching Ori and the Will of the Wisps day and date in Game Pass alongside its retail launch.

Game Pass is a product that Microsoft wants developers to be happy with, so he feels it will be a great avenue for new players to discover Ori and the Will of the Wisps. He believes the fan base is strong enough to support Will of the wisps in sales and Thomas is excited to launch the new game day and date in Game Pass. He did say in closing that it is such a new product and its future remains to be seen. I can’t seem to disagree with Thomas, a majority of the fans of the first game that I have spoken with are actually buying the game instead of using Game Pass. Moon Studios love the fans of Ori so much they have created a limited-edition collector’s edition of Ori and the Will of the Wisps. This dedication to the fans and creating a quality product has led to The Blind Forest exceeding all sales expectations and The Will of the Wisps releasing on its 5th anniversary March 11, 2020. This leaves one question, what does the future hold for Thomas and Moon Studios? 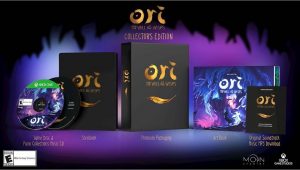 “We are working on another project.”

Thomas is always working on new prototypes for games and admitted that Moon Studios is working on a new project alongside developing Ori and the Will of the Whisps. Before the majority of the studio can move on to this new project they must first polish Ori and the Will of the Wisps to perfection. He would like to get a 90+ Metacritic for Will of the Wisps and doesn’t want the game to launch buggy. He feels that it’s becoming too common in the industry for games to release with bugs and glitches.

Like any good director, Thomas doesn’t take all the credit for himself. For Ori and the Will of the Wisps, he wanted input on everything including the story from his team. Thomas relies on a diverse multicultural team to help him create these works of art, and he has no ego from his success. Before ending the interview, Thomas gave us some personal insight into the games he likes to play when he gets a chance. Always being busy he enjoys playing on his Nintendo Switch and is a huge fan of the developer From Software. Thomas Mahler is a true passionate gamer that found his way into the industry by being an artist. He was able to push the boundaries for a genre of games that most overlook and pass up for those blockbuster titles.

Ori has been a stellar gateway platform for players to enjoy. Thomas is helping keep a genre of games alive for future generations. We can’t forget that early games got their start from platformers. The Ori games are still some of the most beautiful games I’ve ever seen and Thomas Mahler has perfected the look and feel of the Ori formula. I can only imagine what he and his team are creating next to wow us all.