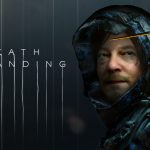 You are reading
Death Stranding PC Release Gets A Delay

Death Stranding, the first game from Hideo Kojima’s studio since its independence from Konami, has had its PC release delayed. As a result of the current situation with COVID-19, Kojima Productions announced on its official twitter account that the game would be delayed until July 14, 2020. Death Stranding will launch on both Steam and the Epic Games Store on this new later date. Death Stranding was one of our most graphically impressive games of 2019, and we can’t wait to see what it looks like on a maxed-out rig.

Following the temporary closure of KOJIMA PRODUCTIONS, we have had to delay the PC launch of DEATH STRANDING to July 14, 2020, to allow more development time amidst the current work-from-home orders in place. Thank you all for your patience and continued support!#keeponkeepingon pic.twitter.com/euOmebcdQj