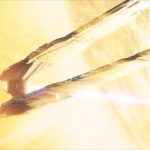 Dear Bungie, we know you’re planning something big for the end of Season of the Worthy. We have less than two weeks left until the end, and this season needs something to not go wrong. Right now, the theory is some big in-game moment a la Fortnite’s season-ending events. If you do that, that would be awesome, so long as you don’t copy and paste Fortnite‘s formula. Yes, Fortnite made itself a household name partially due to its season finale events (like this upcoming weekend’s). However, there are some do’s and don’ts that pertain specifically to you.

For Those Out of Bungie’s Loop:

Season of the Worthy’s main plotline has revolved around impending doom. The Cabal set their flagship, The Almighty, to crash into the Last City, and we’ve been preparing with the Warmind Intelligence, Rasputin, to stop it. However, it’s been a very bumpy road. The core feature, the Seraph Towers, is a grind that nobody likes doing. Then, the one event we did get this season, the Guardian Games, was poorly executed. Finally, as cool as “The Lie” community quest turned out to be, heavy Seraph Tower requirements and bugs dampened it. Despite great Rasputin focused lore, this season has been a huge dud. A giant, season-ending event can’t necessarily save it, but it can at least end on a good note.

All right, now that we’re all caught up, here’s how Bungie can nail this.

Do Reshape the Solar System

What do a Giant Comet, a Rocket Ship, and Black Hole have in common? They all changed Fortnite’s Battle Royale map. Disregarding real-world promotional events (especially ones that started another story), major Fortnite events will reshape or completely trash the current map. Fortnite’s season finales are loved in part due to their aftermaths. What did we get because of this?

So far, Bungie seems to be setting up something along these lines. Some Fortnite events were foreshadowed with in-map objects changing over the course of the season, or environmental storytelling. Destiny has put the Almighty in some planets’ skyboxes like Mercury at the start of the season. More noticeably, Rasputin has progressively added more Seraph Towers where it has Bunkers (Earth, Io, and the Moon). Most recently, if you squint really hard at the sun from the EDZ, you can see The Almighty heading for Earth. Bungie passed up traditional storytelling Bungie for environmental as if they’re setting up something big. This is unprecedented territory for Bungie, and they need to learn from the best, but they need to make sure not to do everything that Fortnite does.

Don’t Make it a “You Had to Be There” Moment

I say this specifically because this has haunted Destiny in the past.

Last season, Season of the Dawn, had the Corridors of Time community quest. This quest was a marathon of community work to solve a massive puzzle. While there was a fair bit of grinding to it, the grind was a novelty and the prize was a mystery until the puzzle was solved (the reward turned out to be a road-mapped Exotic). Soon after the community completed the quest, it was pulled from the game.

The community wasn’t upset during the quest, but they were upset about its removal. It created a “you had to be there” moment for a couple of reasons. Most obviously, once the Corridors closed, anyone who didn’t finish the quest couldn’t. That in itself meant players who started after the event couldn’t see the Corridors for themselves. That normally doesn’t happen, Bungie normally keeps at least some seasonal activities and Exotic quests in the game (see Gambit and the Lost Forges as examples). To be fair, the community aspect of the Corridors made it a “you had to be there” moment anyway, but Bungie can still mitigate that scale. Should Bungie make this season’s finale be a “you had to be there moment” of the Corridor’s scale and leave nothing for those who miss out, then they’ll reckon with this issue…again.

One of Season of the Worthy’s biggest issues were fumbled execution. The first Exotic Quest of the season, “In Rides a Pale Horse,” ends with a Legendary Lost Sector, the EDZ’s Quarry. However, the Legendary Lost Sectors cycle on a daily basis and the Quarry wasn’t the available sector on release day. Then, earlier this month, “The Lie” a partial-community quest to unlock the Felwinter’s Lie shotgun, needed a difficulty nerf and a bug fix to get players to finish the quest. The actual meat of these quests wasn’t necessarily bad, but they were poorly executed. To the point of the bugged quest step, bugs happen. Since any gaming release immediately gets thousands of more players than beta testers, bugs appear on release day. That doesn’t lessen the disappointment from this bug though. If Bungie learns anything from Season of the Worthy, better execution has to be paramount.

An in-game event could be the jolt to amplify Season 11 Pass sales. Season of the Worthy sure as heck wasn’t it.