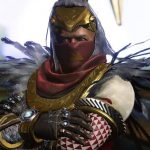 You are reading
The Corridors of Time are Osiris’ Life

Destiny’s Season of the Dawn officially has something for everyone. Want a mindless Cabal shooting range? Welcome to Osiris’ Sundial. Want to bring a character back to the game? Saint-14’s here. Lore-based missions that give you exotics? Go get the Devil’s Ruin (and hear Shaxx sing)! Now we can add massive, community-driven quests to that list. Welcome to the Corridors of Time.

Last week, Bungie gave us a new quest called “Exploring the Corridors of Time” and it turned into a community project. The in-game quest text says:

You entered the Sundial and saved Saint-14. But there are places within the Corridors of Time that you haven’t seen yet.

As of Monday morning, the community has officially solved the puzzle. It turned into a project that was far greater than any one person has time for. To solve it on your own, you’d need infinite time, total solitude, and a clever mind. Now, who does that remind you of? Osiris, of course!

Who exactly is Osiris?

Osiris is that guy who knows he’s right and is sort of an asshole about it. He’s a legendary warlock who literally started a cult following before the Speaker exiled him from the Last City. He got Destiny 2’s first DLC campaign with the Curse of Osiris in 2017 where he was caught by the Vex, and we helped Sagira free him and stop a powerful Vex called Panoptes.

Now, he lives on Mercury with his ghost, Sagira, studying the Vex’s Infinite Forest and innumerable timelines. Every now and then, Osiris would call the Guardians for help when things went awry in the Infinite Forest, or when he needed help tracking down a peculiar signal. Even before we met Osiris, he had devoted his life post-exile to studying and exploring time itself with the Infinite Forest, the Sundial, and now the Corridors of Time.

The Corridors of Time are his Life

Osiris is obsessed with time travel, debatably for the better or worse. He’s researched the Vex for an eternity, for all intents and purposes, with the various time travel mechanics at his disposal. Not only that, but he also tried to save Saint-14 on his own, but could never pull it off. This warlock made multiple echoes of himself to cover more ground in the Corridors and still hadn’t covered everything. If he truly wanted to cover everything, he would need legions made up of legions of assistants, or in this case, Guardians. Players, casual and professional, scoured the Corridors for the past week, tracking their progress, and crowdsourcing it to big names throughout the community. This is the type of manpower Osiris dreams of (Side note: Bungie wanted us to pace ourselves). He can only make so many echoes to get so many individual experiences to contribute to a greater solution, but he can rely on a rabid fanbase of a video game that doesn’t know when to take breaks.

This week has been the best slice we’ve seen of his life so far. We’ve each spent hours delving into the Corridors this week, recorded our results, and almost immediately went back in for more research. Regardless of fan’s feelings towards the final rewards, this journey has been a landmark in Destiny history.