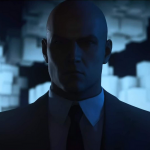 The gameplay trailer showcased Agent 47 on a mission in Middle Eastern metropolis Dubai. Hitman 3 is the second game from IO interactive after going independent back in 2017. The developer managed to retain the Hitman license from Square Enix.

IO Interactive said they’ll launch Hitman 3 on PlayStation 5 in January 2021. There’s still no word if the game is exclusive for Sony’s upcoming console or will feature on other platforms.

Stay tuned with Lords of Gaming for the latest video game news and insights.