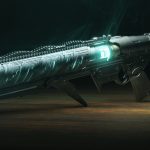 You are reading
Witherhoard is Your Singular Raid Solution (For Now)

Massive, multiyear roadmaps are always time for jubilation. Likewise, new seasons of a live-service game are a time for excitement. They always have new content like game modes, cosmetics, and broken as all hell weapons. Season of Arrivals, Destiny’s brand new season, is no different. The first new Exotic weapon of the Season, the Witherhoard Grenade Launcher, comes right when Destiny raiders need it most.

What’s so Good About the Witherhoard?

First and foremost, it’s easy to get. Everyone who either gets to Season Level 35 or just buys the Battle Pass gets the Witherhoard. Second, it shoots blighted grenades that wreak havoc on all enemies. These grenades leave blight pools that damage opponents over time, so hordes disintegrate after a few seconds in the pools. However, the Witherhoard rips more than hordes apart; normal bosses found in Lost Sectors and Strikes don’t stand a chance either. Here’s the scary thing: this is all on the weapon’s own without any mods or the such. Toss some mods on it, set your Warlock Subclass to Dawnblade and Attunement of Grace, and this happens (thanks for finding, Paul Tassi):

Oh, and also this:

Yep, those are two separate raid bosses turned to ash in seconds thanks to the Witherhoard. This grenade launcher does insane amounts of Boss DPS.

Go Raid, and Start with the Leviathan-Based Ones

Ok, so there are a couple of reasons behind this. Overall, the Witherhoard lowers all raids’ difficulty a fair bit. If you can decimate bosses with the grenade launcher like above, then that takes care of a major pillar of all Destiny raids. More importantly, the Leviathan is going to be vaulted with this fall’s expansion, Beyond Light. We’re not just talking about the raid itself, the entire ship is leaving. That means no Menagerie, no Crown of Sorrow raid, no Leviathan raid, etc.. As a matter of fact, Bungie specified there would only be three available raids in the fall, including a new raid coming with Beyond Light. That means one of the other three raids, Scourge of the Past, Last Wish, or Garden of Salvation, is also going to leave. While you should definitely also play through the other raids as well, start with the ones on the Leviathan because we know for a fact they’re leaving.

So Why Rush to Raid Now?

Bungie, like many live-service games, releases new weapons/skills in their most overpowered state. Last season, the Hardlight Exotic Assault Rifle had the same issue the Witherhoard has now before the former was nerfed for PvP gameplay. True, it took about half of Season of the Worthy to downgrade Hardlight, but Bungie did get around to it. Just because Bungie has used this schedule before doesn’t mean they won’t do it similarly this season. They could take more time or they could fix it sooner. Regardless, do not take any chances. Play through all of the raids, but start with the Leviathan. The Witherhoard is too powerful right now to leave lingering in your Vault with your useless weapons and armor that you swear you’re just saving for the back-up character that you’re going to get to next season.