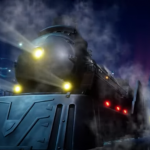 Today is going to be filled with a ton of announcements from the Xbox Games Showcase. In the pre-show for the event, we got a first look at a brand new title from two Japanese creators.

Today, we got our first look at Balan Wonderworld. Which is an action-adventure game from creators Naka Yuji and Oshima Naoto. They are coming together to make the Balan Company team. This team is working under Square Enix, and is focusing on delivering a unique and colorful experience for fans.

Here are more details about the game from the official Xbox store page. The game is set to release on Xbox One, and Xbox Series X in 2021.

Wonderworld exists in people’s hearts and imagination.
The setting for this tale is the fantastic, bizarre land of Wonderworld; a place where people’s happy and positive memories mix with their restless worries and negativity. Leo and Emma are led into Wonderworld by the mysterious clown Balan and set off on a journey to find what is important to them. Before they can return to the real world, they must first restore the lost balance in their hearts…

Over 80 different costumes open up all the action you could want!
The stars of the show can use powers from the inhabitants of Wonderworld by wearing their colorful costumes, with over 80 different ones to try on! Bash your enemies, walk in the air, freeze time or manipulate all kinds of objects… the possibilities are endless when you pick up a new costume.

What do you think of Balan Wonderworld? Let us know in the comments and don’t forget to check back for the latest gaming news and information.