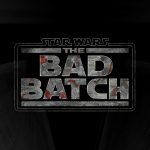 It’s only Monday and we already have some great Star Wars news. Star Wars: The Empire Strikes Back has taken over the top spot at the weekend box office. Given the coronavirus pandemic shut down most of the theaters around the world, this is just some fun news.

Star Wars: The Empire Strikes Back grossed an estimated $611,000 in only three days. The movie’s grand total jumped just a little. This jump in ticket sales is mostly from drive-inn theaters. These are really the only place to see movies right now. This isn’t the only piece of news that came from a galaxy far far away. Next year, Disney+ will air a new animated original show called Star Wars: The Bad Batch, which is set around the events of the Clone Wars.

The cavalry has arrived! Star Wars: The Bad Batch, an all-new animated #DisneyPlus Original Series from Lucasfilm, will debut in 2021. Get all the details: https://t.co/Q0A22VViHG pic.twitter.com/MepLLamA7d

The series will follow a group of enhanced clones called “The Bad Batch“. They happen to be the same characters that were introduced in Clone Wars animated show ages ago. Agnes Chu, the senior vice president of Content at Disney+, had this to say about the upcoming show.

“Giving new and existing fans the final chapter of Star Wars: The Clone Wars has been our honor at Disney+, and we are overjoyed by the global response to this landmark series. While The Clone Wars may have come to its conclusion, our partnership with the groundbreaking storytellers and artists at Lucasfilm Animation is only beginning.  We are thrilled to bring Dave Filoni’s vision to life through the next adventures of the Bad Batch.”

Not only did we get some Star Wars this week, last week a new trailer dropped for an upcoming Star Trek animated show. Ubisoft dropped some trailers for some of their upcoming games and The Batman is already getting a spin-off show. Be sure to bookmark Lordsofgaming.net to get all the latest gaming and entertainment news.