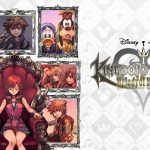 You are reading
Kingdom Hearts Melody of Memory Releases Nov. 13

Kingdom Hearts Melody of Memory (KH MoM) is the next iteration in the Disney-Square Enix hybrid franchise. A departure from the action-based series, KH MoM is a rhythm-action game that will include over 140 songs from the series’ rich musical history.

From the trailer, different characters like Roxas will be available to play based on each stage. The game also includes an online mode for versus or coop gameplay.

The official cover art was unveiled alongside the announcement. Kairi fans (like me) will surely be happy with this one! 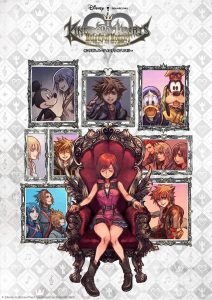 Kingdom Hearts Melody of Memory is taking the rhythm game genre in an inventive direction. It certainly carries the polish from previous titles. One odd glare – a whole playable game mode is exclusive to the Switch version. Nintendo Switch players will be getting an online Free-for-all mode to compete with up to 8 players.

No word yet on if this mode will make it to other platforms. It should also come to no surprise. Square Enix has a common practice of making in-game content exclusive to one platform.

Kingdom Hearts Melody of Memory comes some time after Square Enix’s popular Theatrhythm Final Fantasy series of games.  The upcoming rhythm-action game will debut on Switch, PS4 and Xbox One family of devices.