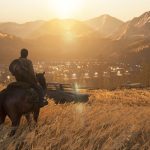 PlayStation has seemed to be on one incredible string of successes over the past few months. With The Last of Us Part II selling over 4 million copies in its first 4 days on the market. To Ghost of Tsushima being the fastest-selling new IP launch in PlayStation’s history. Sony officially shared their Q1 financial earnings for the first quarter of 2020. There is a ton of interesting information, and trends buried with the numbers.

The PlayStation 4 console has officially sold 112.3 million units since the console’s launch in 2013. Sony’s online subscription service has continued to see growth during the COVID-19 pandemic. With PlayStation Plus officially crossing over 45 million users. This is a record high for the service. What could have been an interesting update, would be in regards to engagement on the PS Now service. With the continued addition of more requested games joining the service, an update on how these releases were enticing new subscribers. Maybe we will get an update during their next quarter.

The software was where Sony really found a lot of its Q1 success. With over 91 million pieces of software sold in the first quarter of 2020, around 18.5 million units of this number were made by first-party software. This was absolutely driven by the amazing success that PlayStation found with the massive launches of Ghost Of Tsushima and The Last of Us Part II. One of the most interesting numbers that came out of this report was the digital versus physical software figures. In Q1 digital accounted for a massive 74% of PlayStations software sales. This is a massive increase in digital sales, no doubt driven by stay at home orders, and closure of non-essential businesses. However, it will be interesting to see if players who have switched to digital, will remain digital.

While rumors have been circulating about an upcoming PlayStation 5 event could potentially happen in August. It appears that if PlayStation can keep this success moving forward, the PlayStation 5 could be absolutely massive for the company. As their financial improvements have led to critical investments in companies such as Epic Games. Which could open up massively profitable joint ventures in the future.