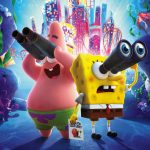 You are reading
SpongeBob Dominates the Weekend Box Office

Some things are slowly getting back to a normal tone. Like certain movies are being released in theaters that are open. One of the bigger Summer movies was released this past weekend and easily defeated all competition. The SpongeBob Movie: Sponge on the Run was that top movie.

The SpongeBob Movie: Sponge on the Run earned an impressive $900,000 in only 300 theaters. This movie deals with SpongeBob looking for his pet Gary who has been snail-napped. Last weekend’s top movie, The Tax Collector earned $203,000, bringing the domestic film total to $634,000. Sputnik was the other movie that was released in theaters. It grossed $12,000 in 32 theaters, making it place seventh for the weekend.

It really is weird to only see these movies making well below what they should be. Maybe in the next year, everything will begin to open up and some movies will finally get released. It looks like Unhinged and Words on Bathroom Walls will be the only movies that have a “wide” release. Christophers Nolan’s next movie Tenet finally gets a limited release on September 3rd. No word if that movie will follow Disney’s Mulan to a digital release.

Don’t forget to bookmark Lordsofgaming.net to get all your gaming and entertainment news. Articles like Apple against Epic Games and a Legend of Zelda game showing up in online retailer listings.