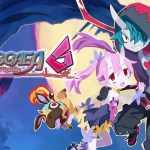 You are reading
Disgaea 6: Defiance of Destiny Coming to Switch

During the Nintendo Direct Mini Partner Showcase, a new Disgaea game was announced. Disgaea 6: Defiance of Destiny will be coming exclusively to the Nintendo Switch. The game will be coming out sometime in summer 2021. It’s important to notice that NIS America is not bringing the game to any other console.

Disgaea 6: Defiance of Destiny will be adding a new way to level up for players who die a little too often.

As a result of Super Reincarnation, the boastful zombie Zed gets stronger the more he dies! By reincarnating their way through a variety of worlds, players will face off against the strongest God of Destruction.

Players will notice a first in the series. 3D models give each character a vibrancy that hasn’t been in the series before. Look for more news early next year. One of the cool things players can check out right now is Disgaea 5. From September 23rd through September 29th players will be able to download and enjoy the full version of Disgaea 5 Complete.

This is just one of the many games that were announced today. Players may want to see the news about the new Monster Hunter games coming to the Switch. Don’t forget to check out the games that are coming out this week on the Nintendo Switch.

Plus we also have news on the PlayStation 5 launch price and some of the games that were recently announced. God of War Ragnarok is coming out next year as well. I’m just going to ask that you bookmark Lordsofgaming.net to get all of your gaming and some entertainment news.