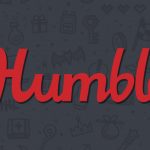 You are reading
The Newest Humble Bundle Is Your Best Friend

A new deal has just dropped from Humble, the website that lets you buy games cheap and donate to charity at the same time. And this deal? It’s not one you’ll want to miss. This latest offer is the Humble “You Can Pet the Dog” Bundle.

That’s right, this Humble Bundle is all about man’s best friend. Each of the games featured includes adorable puppies that you as the player can show your appreciation and love for.  @CanYouPetTheDog recommends the games featured in this deal, so you know they’re legitimate. Hopefully, the success of this bundle will inspire more developers to include more of our favorite furry friends in their games. Just so long as we can, y’know, pet them.

Here are the offerings:

Money raised from this deal will go to charities that support animals. Be sure to get yours before time runs out.