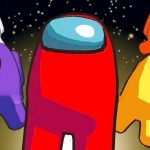 Ever since Among Us burst out onto the scene, there was always one question people wondered. What would it be like to play Among Us in VR? Well after the fun party game released for VR platforms on November 10th, 2022 I dove right in. So, allow me to tell you all about this argumentative, hectic, fun party game Among Us VR. Hands down its one of the best VR games of 2022! 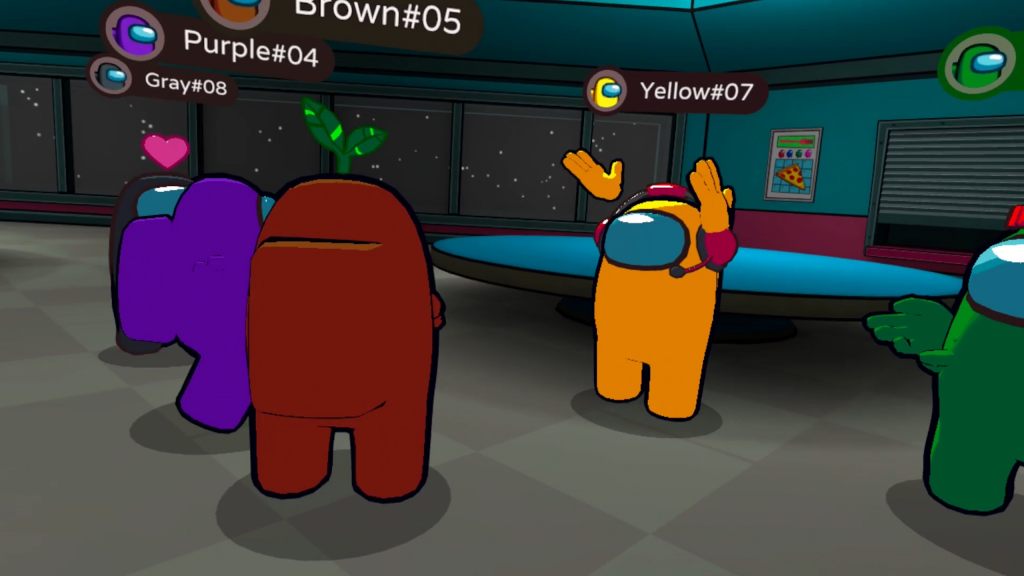 Time To Get To Work

One of the important things when it comes to both versions of Among Us is your tasks. Interestingly, the task system in Among Us VR was tweaked a bit. The changes primarily helped out with the difficulty factor of playing on the Meta Quest 2 or VR in general. The changes will definitely help newer people to VR acclimate faster. Taking out tasks like the card swipes, which many struggled with in the original game, simplifies playing Among US VR. Had card swipes still been a thing with the Meta Quest 2 I’d probably never finish tasks. Having to control the card at the right speed and get it to swipe correctly in VR would have been super difficult I feel.

Some of the task mechanics were changed to incorporate touched-based or pointing-at systems. Being in VR added immersion to walking around the Skeld spaceship as your character completed different tasks or killing crew members. Especially tasks like the fuel pumps or other tasks with touch-based screens were far more enjoyable in VR. Also, there’s something about flashing red lights and the alarms keep you on the edge of your seat or on your toes if you’re standing. It is something that the original could never replicate. 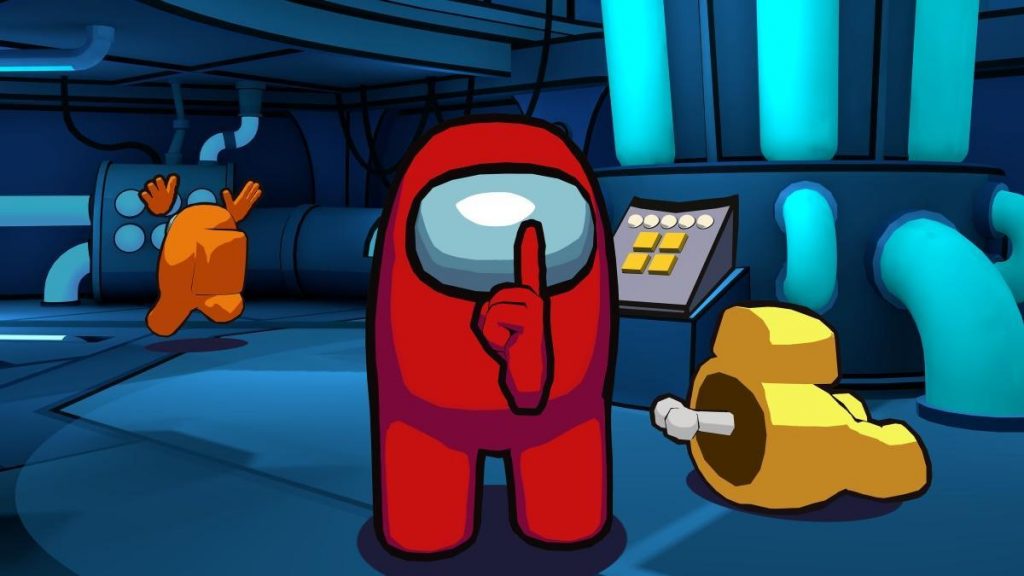 Difficulties in Among Us VR

One of the hooks of Among Us is playing the role of the imposter. Imposters can easily mess with the crewmates by causing meltdowns and it’s a fun and unique experience. However, whether you play as a crewmate or imposter, my initial gripe at first was the difficulty with the controls. Generally, when you first start out you’ll notice navigation was challenging. There are ways to change controls for navigation to match your head movements. Yet, it still takes time to work out the kinks. I just used the default controls setup. It took a while to get used to the snap movement and manipulating certain objects with the Meta Quest 2 controllers.

Some people I did talk to said they preferred the option in the settings where you can use your head to guide the movement. I didn’t try that option and stuck with the default controls. Despite initial difficulties with navigation, it wasn’t long before I had it down. At times, I still find the imposter controls add extra difficulties, but it is manageable. Difficulties such as having to look down to see the countdown on your kill timer, line up kills, and occasionally logistical challenges when working with an imposter ally.

One thing I definitely believe could be improved upon is joining matches. Even though match-making requires you to input your age, it will still pair you up with people of all ages. I would have preferred quickplay to have a toggle to pair people in age-appropriate groups. I can say most of the sessions I participated in were great. With the exception of one session, where players kept screaming all the time. This forced me to mute the party entirely and spoiled the match. 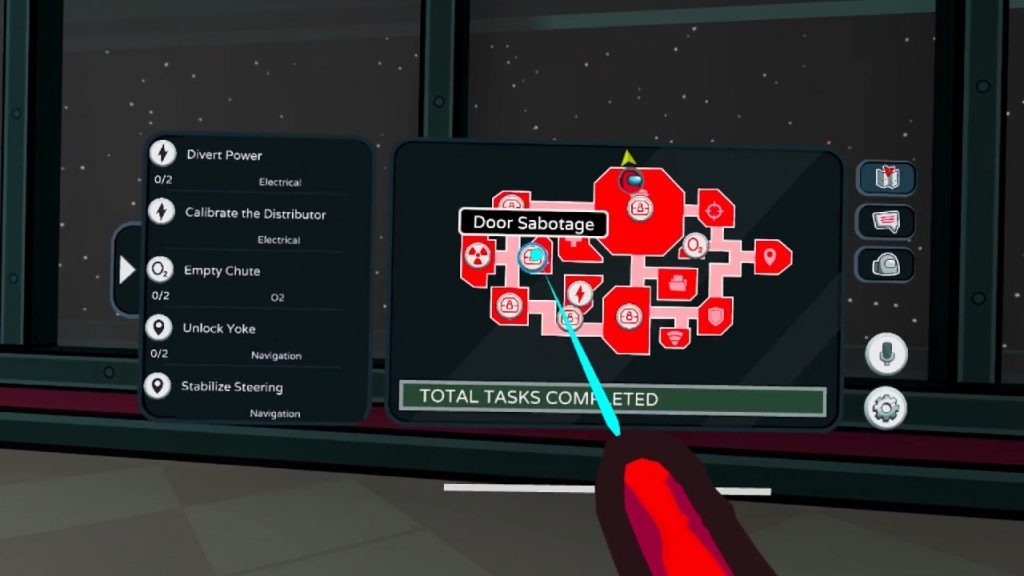 Graphics, Immersion, and a Good UI

As I previously mentioned, running around while lights are flashing and alarms are going off adds a great layer of panic or franticness to the game. Trying to rush around the map to stop an O2 or reactor meltdown definitely made me sweat a few times. Even trying to stop people as the imposter added anxiety.

Graphically, Among Us VR might not be the caliber of AAA games, but it doesn’t need to be. Granted it’s colorful, but it fits that pristine cartoon art style the game is going for. Inhabiting the body of a crew mate or imposter with oversized hands is one of the things that makes it so fun.

The UI is excellent and easy to understand. Menus are mostly easy to navigate through to find what you need such as appearance changes or any setting options. The objects in the game aren’t just thrown around and are very well placed whether it be the machines, tables, or the decorations for the map in general. Not only that, but when it comes to the tasks, the UI is great here too. Whether you are steering a tiny ship, pressing buttons in a pattern, or whacking a mole in the med bay, the UI was intuitive and never felt cumbersome. The developers took their time here to make it easy for Among Us vets and new players to jump into the VR space with Among Us VR.

When you are voting in the cafeteria and talking to everyone, you get to see a big screen with everyone’s icons on it. All you have to do is point at the person on the screen to accuse or skip them. Once again, seeing your hands as you do tasks and other actions is quite immersive, even though it seems like a simple concept.

Another immersive aspect of Among Us VR is proximity chat. The closer you are to someone the louder it is. When playing as an imposter, I can’t tell you how many times I would be sneaking up on an unsuspecting victim, then hear someone running up behind me. This sometimes scared me half to death, as all my attention was focused on killing an unsuspecting crewmate. These immersive factors are a big improvement for Among Us VR. It is a huge differentiator compared to the standard chat system used in the original game, which could be an issue at times.

Using proximity chat adds more challenge in keeping your story straight as crewmates are trying to figure out who the imposters are. It is both fun and nerve-racking at the same time. Sometimes, you can hear the tremble in someone’s voice as they are trying to lie their way out of being caught in front of 9 other people. Stuttering can also be a big giveaway at times when determining who is an imposer.

Final Thoughts On Among Us VR

For the longest time, I had no intention to pick up a Virtual Reality system. That is until I saw Demeo for the very first time. Now, I can easily add Among Us VR to the list of must-play VR games. The great UI and immersive gameplay make up for the slightly tricky controls at the beginning. Once you adjust or get used to the game’s control setup, you will have hours of great frantic fun. Undoubtedly, VR makes Among Us 10 times better than the original! This game is one of my top 5 games of 2022. So, no time like the present to start acting a little Suss!