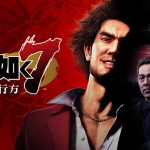 You are reading
Yakuza: Like A Dragon Joins The Xbox Series X and S Launch Lineup

The Yakuza franchise has become quite a hot topic within the Xbox ecosystem. After the franchise had long been skipping the Xbox ecosystem. In a surprise move by Xbox the back catalog of Yakuza games slowly began coming to Xbox. A whole new audience has discovered these games now, which was no doubt assisted by the games launching day and date in Xbox Game Pass. Now Xbox players will get a real treat as the Western port of Yakuza 7. That is simply titled Yakuza: Like A Dragon will be coming to Xbox Series X and S on launch.

Will you be checking out Yakuza: Like a Dragon? Let us know in the comments and don’t forget to check back for the latest gaming news and information.