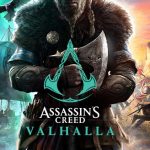 You are reading
Assassin’s Creed: Valhalla Is Coming November 10th

Assassin’s Creed: Valhalla takes the long-running franchise from Ubisoft to the Viking era. After the very successful Assassins Creed: Odyessy, there is no doubt that Ubisoft wants this success to continue. Early gameplay footage has looked promising as the game looks to bring back some of the old-school assassin focused dynamics. While continuing the trend of diverse storytelling with either a male or female protagonist. That each has their own unique story to tell and experience. However, we learned today that we will be playing Valhalla a little bit sooner than first anticipated.

Today in an announcement from the official Assassin’s Creed Twitter account, we learned that Assassin’s Creed: Valhalla has a brand new release date. The game will be coming to Xbox One, PlayStation 4, Stadia, and PC on November 10th. This also coincides with the launch of the Xbox Series X and Series S. Assassin’s Creed: Valhalla supports smart delivery via Xbox, which means if you purchase the game on Xbox One. Then upgrade to Xbox Series X or S, you will be able to take advantage of the next-generation version of the game. Most importantly with no additional cost for you.

Assassin's Creed Valhalla launches with Xbox Series X | S on November 10, 2020.
Build the legend of a Viking raider on any console.
Upgrade from Xbox One to Xbox Series X at no additional cost. pic.twitter.com/dGukVP5U8g

Will you be checking out Assassin’s Creed: Valhalla? Let us know in the comments and don’t forget to check back for the latest gaming news and information.

The World's Most Expensive Game